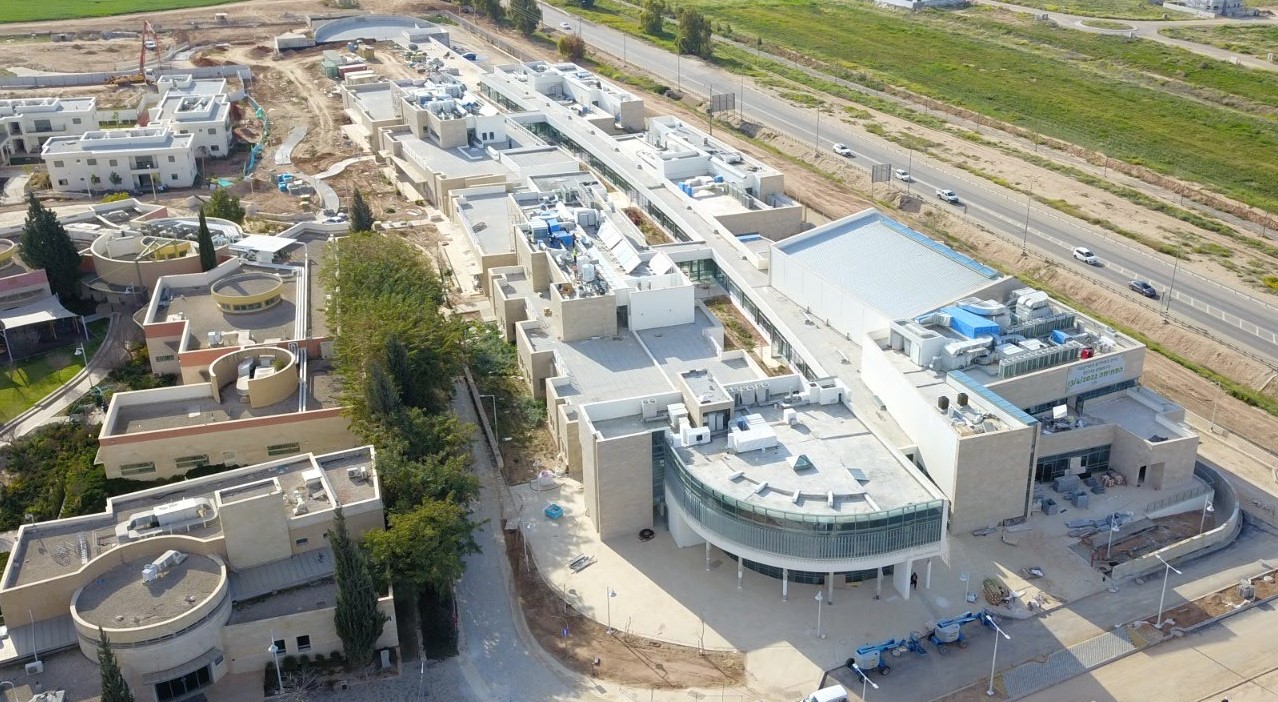 A new rehabilitation hospital opened on Tuesday, in a step to address the healthcare shortage in Israel’s Negev region.

As the population in the southern Israel desert region grows, healthcare is playing catch up. In 2017, Assuta Ashdod Hospital opened its doors, becoming the first new public hospital to be built in Israel in 40 years. 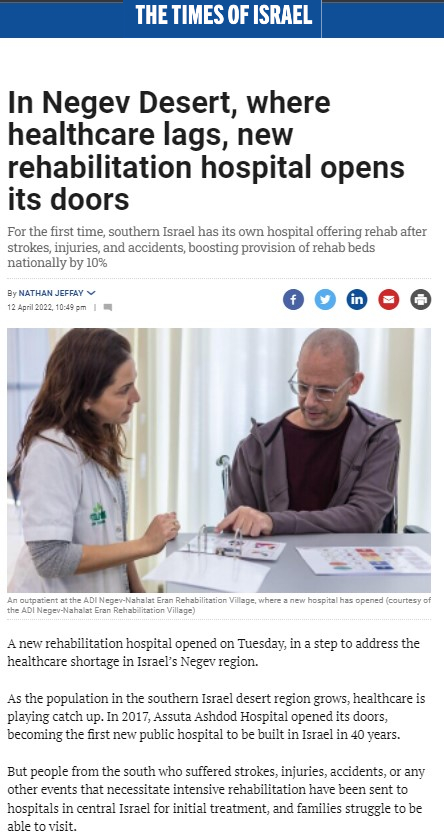 But people from the south who suffered strokes, injuries, accidents, or any other events that necessitate intensive rehabilitation have been sent to hospitals in central Israel for initial treatment, and families struggle to be able to visit.

There has been a rehabilitation village for residential care and post-hospital outpatient care, but nowhere for initial treatment. Now, a hospital has been added to the ADI Negev-Nahalat Eran Rehabilitation Village.

The village, which has been operating since 2007, is a permanent home to 170 children, adolescents, and adults, and houses an outpatient center, but has lacked a hospital facility. Prime Minister Naftali Bennett and other dignitaries attended Tuesday’s opening of the new 108-bed hospital, which reflects a 10% boost in the number of rehabilitation beds nationally.

“The absence of rehabilitation beds in the Negev has been a major problem,” Dr. Itzhak Siev-Ner, director of the new rehab center, told The Times of Israel. “Health strain on the Negev population can be seen in the average lifespan, which is seven years less for residents of the south.”

He said that the new hospital, named the Harvey and Gloria Kaylie Rehabilitation Medical Center, “will reverse this trend by providing the highest level of rehabilitation in Israel, advanced technologies for treatment, diagnosis, practice, and research, a wide variety of outpatient rehabilitation clinics, and specialties like oncological rehabilitation and movement disorders.”

The hospital, which has a research arm as well as clinics, is opening under the auspices of the charity ADI, Israel’s leading provider of rehabilitative care. After the government promised to match all funds raised, ADI led fundraising, gathering donations from JNF-USA and other contributors, including the Kaylie Foundation, a New York-based family foundation.

Doron Almog, founder and chairman of the ADI Negev-Nahalat Eran Rehabilitation Village, commented: “We believe that residents of the south deserve the same care as those in every other part of the country, and we believe that we can set the bar higher for rehabilitative care.

“This village was founded on the principle that a person is a person no matter what, and this hospital, complete with its research lab, is finally starting to bring our full vision into view. In this place, all people will be provided with the best possible care and loved beyond measure.”

Among the new hospital’s medical staff, there is a strong feeling that providing care in an established village setting, with all sorts of therapies on hand — even a horse ranch — will prove very effective. Dr. Shilo Kramer, head of inpatient rehabilitation, said: “The fact that this hospital is part of a community makes it really unique.”

“The hospital’s location is definitely a key to the rehabilitation process, it’s our secret weapon,” said Kramer.

“It’s true that we are providing rehabilitation services previously nonexistent in southern Israel, and successfully keeping families together throughout the process, relieving heartache, and reducing costs. But the fact that our patients are working towards recovery within a rehabilitation village allows us to expose them and their families to the realities of disability and a uniquely empowering and inclusive environment, like nothing they’ve ever seen before.

“We are healing them, getting them back on their feet, while also promoting empathy and acceptance — healing bodies, opening hearts and changing minds.”