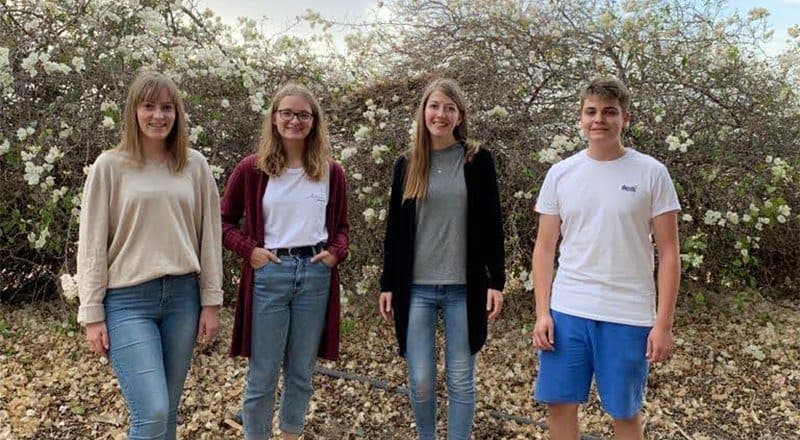 JERUSALEM (RNS) — Like every German child, Leo Ebe spent many days in school learning about World War II and the Holocaust.

But it wasn’t until Ebe’s church in Tübingen, in southern Germany, urged its members to investigate what, if any, role their relatives played in the Holocaust that he learned about his personal connection to the country’s Nazi past.

Ebe, then a young teen, discovered that his great-grandfather served in the SS, the elite guard of the Nazi Reich, in Eastern Europe. “My great-grandfather helped burn Jewish villages and took precious things like art and jewelry from the Jews. He organized riots. The army went into the villages and made sure no was left alive,” Ebe said. 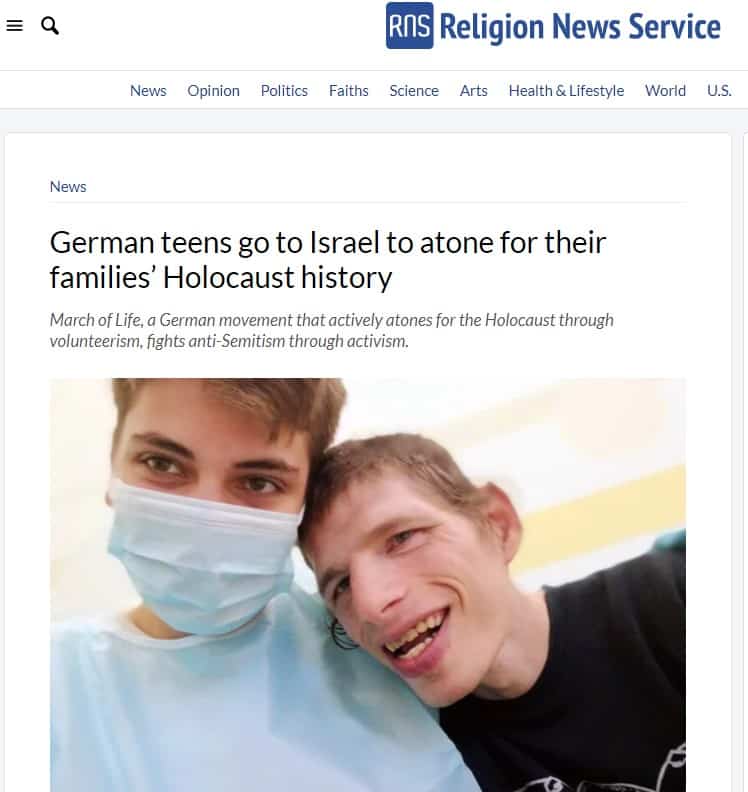 “I was shocked and disappointed, but I also realized things about myself,” said Ebe, now 18. “As a Christian, it’s my responsibility to take a clear stand with the Jews and for Israel.”

That desire is what brought him to ADI Negev-Nahalat Eran, a residential and rehabilitative village for severely disabled children and adults in southern Israel, last October. Ebe came under the auspices of the March of Life, a German movement that actively atones for the Holocaust through volunteerism and fights anti-Semitism through activism.

Launched in 2007 by pastors Jobst and Charlotte Bittner and TOS Ministries — an evangelical, charismatic free church, mission society and charity based in Tübingen — March of Life has organized hundreds of memorial and reconciliation marches at Holocaust sites all over Europe.

For the past few years, the organization has also sent young Germans to Israel to volunteer with ADI, Israel’s most comprehensive provider of residential and rehabilitative care for those with severe disabilities. The organization partnered with ADI (formerly called ALEH), in part because Germans with disabilities were the first group the Nazis aimed to eliminate.

Working with disabled children and adults “is something that humbles you,” said Heinz Reuss, international director of March of Life. The fact that ADI serves all segments of Israeli society “broadens the volunteers’ perspective massively. It smashes stereotypes and strengthens their understanding of what happened during the Shoah,” the Holocaust.

Many of the participants are the descendants of Nazis.

“My parents started doing research into the family when I was 4 or 5 years old,” said Anna-Suzette Pfeiffer, 18, who works in ADI’s kindergarten. “The truth is so hidden in Germany. It’s a process.”

All of Pfeiffer’s great-grandfathers were Nazis: One worked in a weapons factory, while another stole the homes of Jews and non-Jews in Eastern Europe so Germans could settle there. One of her mother’s grandfathers helped build the electric fences and gas chambers at the Auschwitz death camp.

In the decades since the Holocaust, Germany has become one of Israel’s strongest allies. In addition to the many Germans who volunteer in Israel, the German government has consistently supported Israel both diplomatically and economically, in the form of trade and postwar reparations.

Germany officially designated Jan. 27 as a day to publicly remember the Holocaust in 1996, a decade before the United Nations declared it International Holocaust Remembrance Day in 2005.

Pfeiffer, who has visited Israel eight or nine times, knows she cannot undo the past. But, she said said: “I’m thankful I have the opportunity to do volunteer service and work with Jewish children. It’s such an honor. It was in Israel that I first understood what family and community really mean. I’ll bring this understanding back to Germany.” 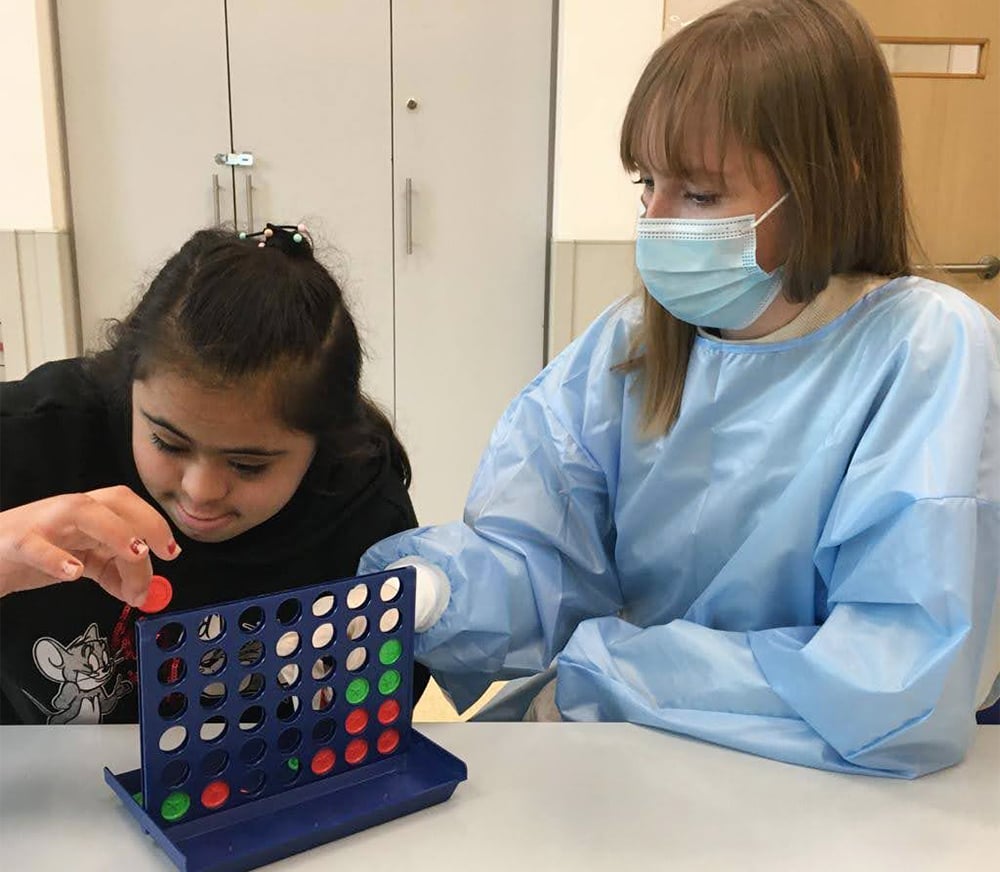 Shauna Wither, 19, said volunteering with ADI’s children has made her reevaluate her own life and expectations.

“I’ve learned a lot from the children. They enjoy every little thing they accomplish. They’ve taught me to not be too hard on myself. I’ve also learned that if you give a lot of love you get back a lot of love.”

Coming to Israel during the COVID-19 pandemic has been challenging, “but it was even more important to come now,” Wither said, when visits from outside the village are extremely limited. While the village teaches the volunteers about social responsibility, the volunteers bring warmth and enthusiasm.

Doron Almog, chairman of ADI Negev-Nahalat Eran, said that, besides their invaluable practical assistance, the volunteers provide boundless energy in a time when ordinary routines feel difficult. “They are self-motivated and dedicated. They are the best ambassadors.”

Almog understands the volunteers’ motivations, given their ancestors’ war crimes, but he views their work differently, through the lens of tikkun olam, the Jewish imperative to repair the world and make it a better place.

“Their grandparents were indoctrinated in racist ideology,” Almog said. “They thought they were the superior race. In 1939, Hitler rounded up disabled people and murdered them. Here, their grandchildren learn that we are all equal. That every life is precious.”