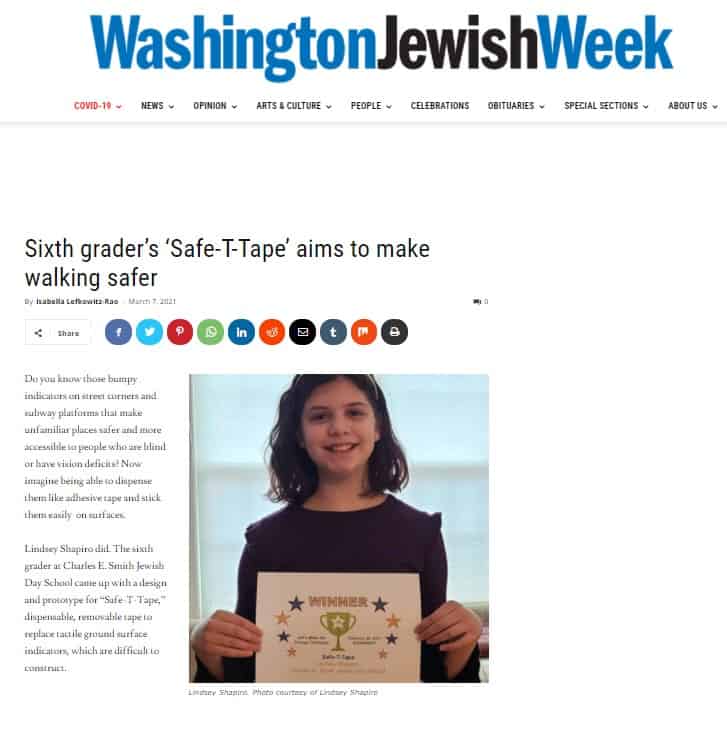 Do you know those bumpy indicators on street corners and subway platforms that make unfamiliar places safer and more accessible to people who are blind or have vision deficits? Now imagine being able to dispense them like adhesive tape and stick them easily  on surfaces.

Lindsey Shapiro did. The sixth grader at Charles E. Smith Jewish Day School came up with a design and prototype for “Safe-T-Tape,”  dispensable, removable tape to replace tactile ground surface indicators, which are difficult to construct.

She sent her idea for Safe-T-Tape to the nonprofit Advancement of People with Disabilities & Rehabilitation for All, or ADI, in Israel. In February, ADI ran an accessible STEM design contest for students in fourth through 12th grades for Jewish Disability Awareness and Inclusion Month. Launched in schools across North America, ADI’s Make the Change Challenge encouraged students to create or improve upon devices to make them more accessible for the disabled.

“The whole idea was to encourage the students to open their hearts and minds to the needs of the disability community,” said Elie Klein, ADI’s director for development in the U.S. and Canada.

Lindsey beat out more than 100 other entries to claim the top spot. As the winner of the contest, she received $1,000.

“I actually came up with it a couple years ago for an invention convention,” Lindsey said. “I created it for people who are blind or visually impaired. The idea is to help them not run into things in their houses or in public and private spaces.”

Even though the contest only called for a description and presentation of the product, Lindsey created a prototype using a yellow table cloth, an old wine crate and felt dots.

“Lindsey’s design was brilliant,” Klein said. “It looked at how blind individuals would have a serious difficulty navigating the world in the kinds of instances where she wouldn’t have had a problem. It blew me away that this was the idea of a sixth grader and she had been thinking about it for a while.”

ADI focuses on care for individuals with disabilities in Israel. “I honestly didn’t know about ADI in the first place but now I’m really interested. I think what they’re doing is really awesome,” Lindsey said.

Added Klein, “It’s so important before students become jaded with the many things that the world throws at us, for them to have exercises like these for how to improve the world.” 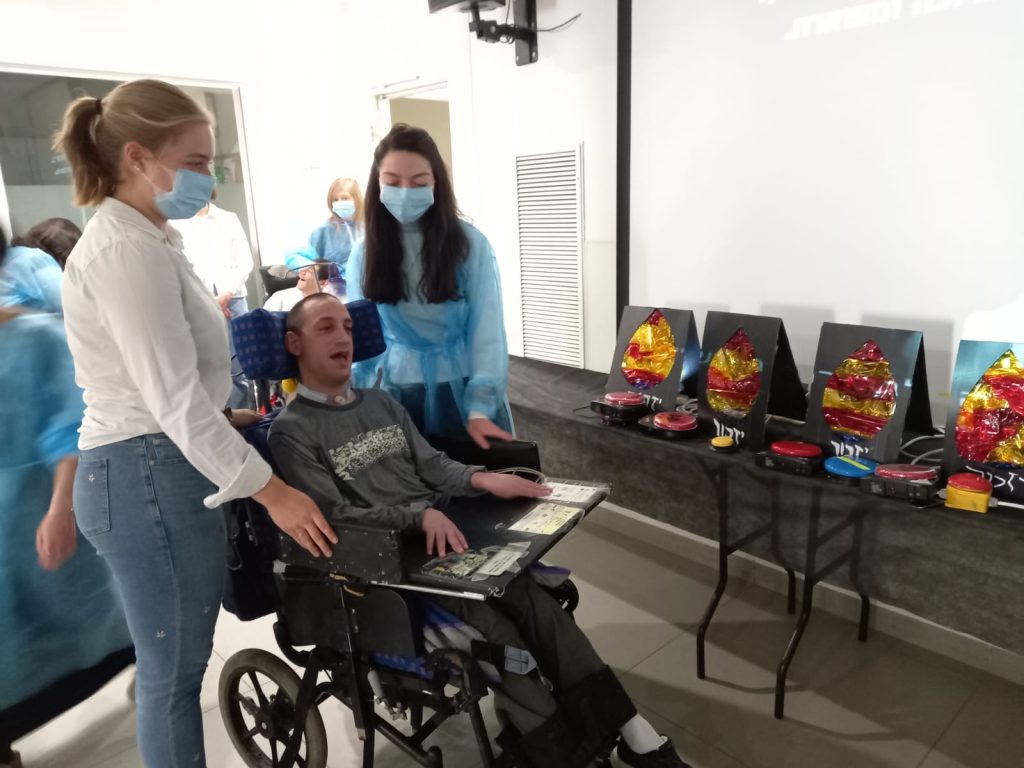 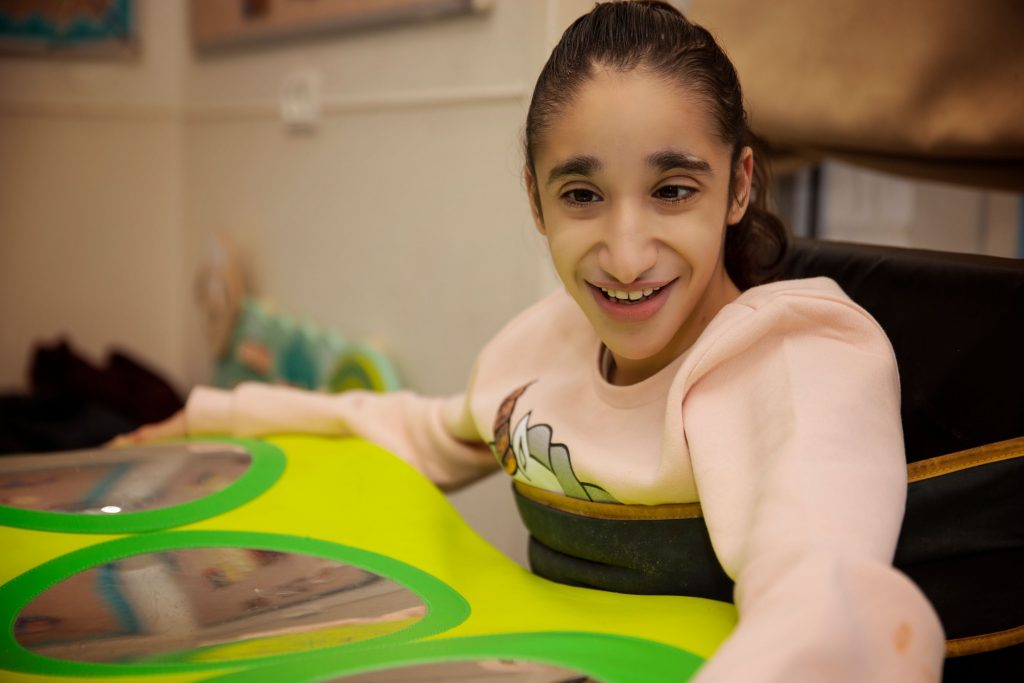 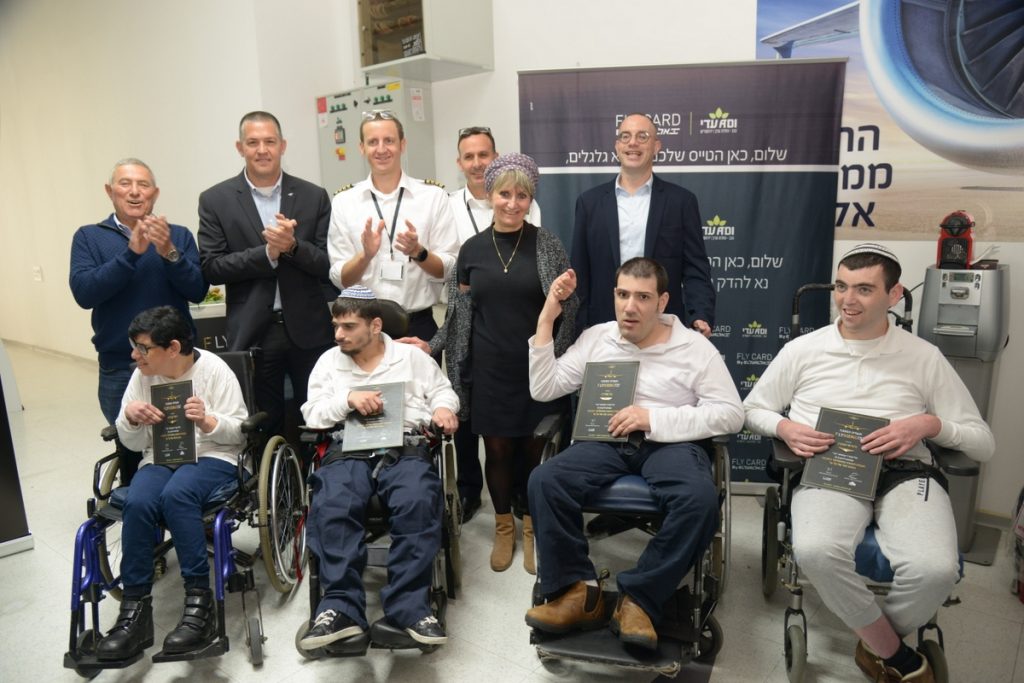 Menu
💚 It only takes one moment of kindness to chang