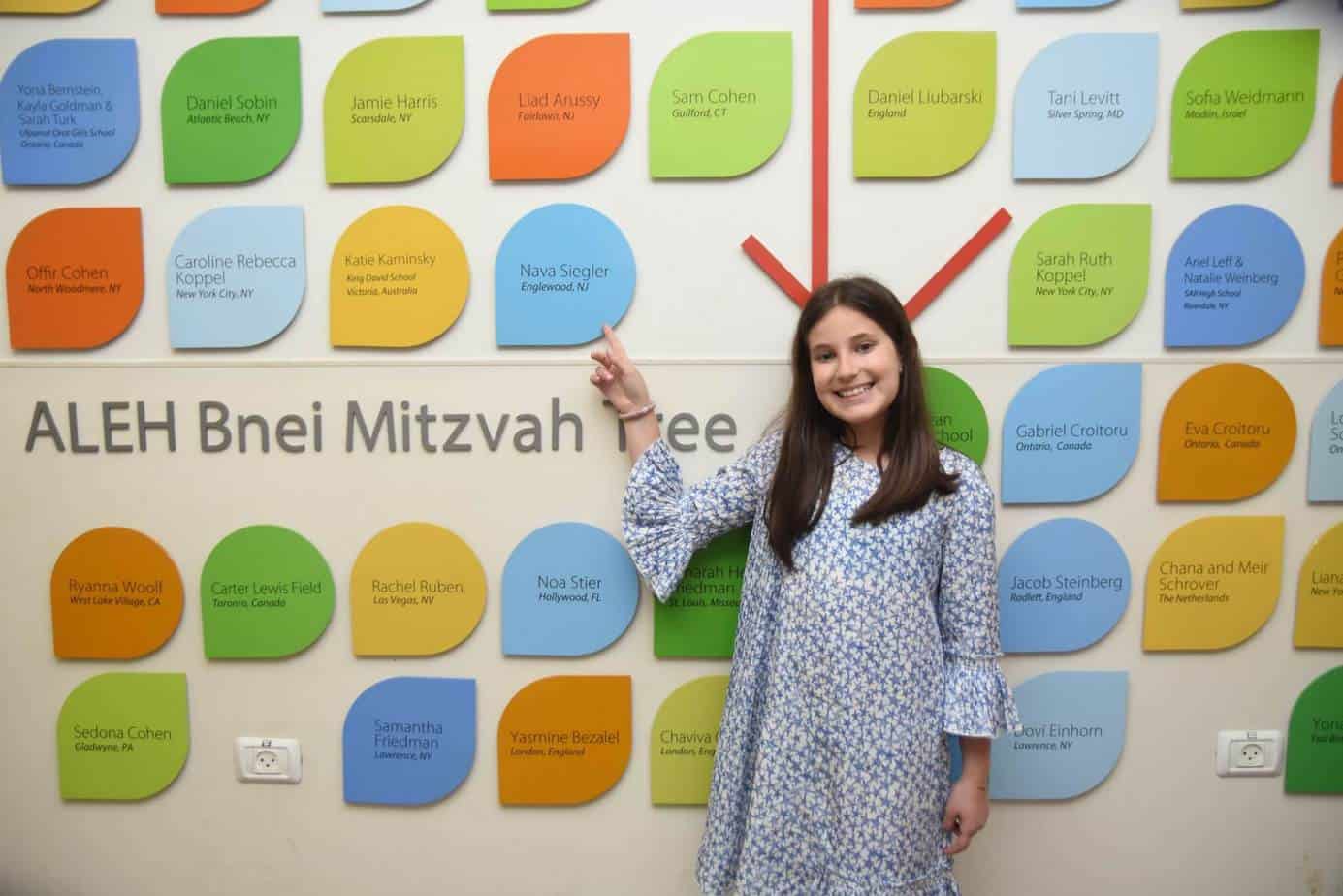 Nava and Uriah Team Up to Celebrate

The overwhelming excitement of the double Bat Mitzvah celebrated at ADI Jerusalem during the week of Passover will be remembered for years.

Nava and Uriah began exchanging WhatsApp videos and pictures in a correspondence that continued for months. Nava sent frequent pictures and told Uriah all about herself, her Bat Mitzvah preparations, her trips, her hobbies and more. Uriah watched the videos regularly and over time the two young girls formed a sister-like relationship.

Upon getting to know Uriah and understanding her needs, Nava stepped up to the bat, taking the initiative to raise funds necessary to provide Uriah with a new bed, as well as the hydrotherapy sessions she so desperately needs. Sharing pictures and videos on Facebook, Nava interested relatives and friends and, together with a bake sale run from her house, raised close to US$ 10,000 to benefit her friend.

Towards the end of a recent trip to Israel with her mother, Debbie, Nava proclaimed she simply could not return home without visiting Uriah. The emotion-packed meeting took place at ADI Jerusalem, after which Nava decided she wanted to celebrate her Bat Mitzvah in Israel together with Uriah.

Nava expressed her gratitude and excitement, saying “Thank you to everyone who came to celebrate our Bat Mitzvah with Uriah and me. I am so excited that I got to know Uriah, that we were able to send each other videos and pictures, and that I was able to share this special day with Uriah. I hope that we’ll continue being in touch in the future. Mazel Tov to both of us!”

Debbie, Nava’s mother, added, “We are very excited to be here at ADI Jerusalem and to celebrate Nava and Uriah’s Bat Mitzvah. After months of corresponding with videos and pictures, we celebrated together, we met Uriah’s family, and it was an amazing surprise and wonderful celebration. We are so proud of Nava and her initiative, and we thank everyone who partnered with us and made this possible.”

“It is very exciting to be here and celebrate Nava’s Bat Mitzvah, and especially to see Nava and Uriah meet and celebrate together as if they’ve always known each other,” said Mira, Uriah’s mother. “It’s hard to put these feelings into words, and the gratitude we have towards Nava and her family, who did what they did for Uriah.”

“Though Uriah cannot communicate verbally, she responds with love and connects to people in her surroundings,” explained Shlomit Grayevsky, CEO of ADI Jerusalem. “She doesn’t understand every word, but she can understand the general meaning and spirit of the conversation with a girl of her age, especially an ongoing conversation that has been taking place over a number of months.  One of the things that is important to us it to celebrate a Bar or Bat Mitzvah for each child, establishing normative life situations and social integration.” ADI (formerly ALEH Jerusalem and ALEH Negev-Nahalat Eran) is no longer associated with the ALEH network in any way.  All donations for ADI Jerusalem and ADI Negev-Nahalat Eran should be made via channels explicitly bearing the ‘ADI’ name, including this website and our “Friends of ADI” offices in the US, Canada, and numerous other locations around the world.
🌸 SHANA TOVA to our wonderful friends and suppo

A TRUE FRIEND: 👊💚 On the first day of school

AN OASIS OF HUMANITY IN THE NEGEV - POWERED BY JN