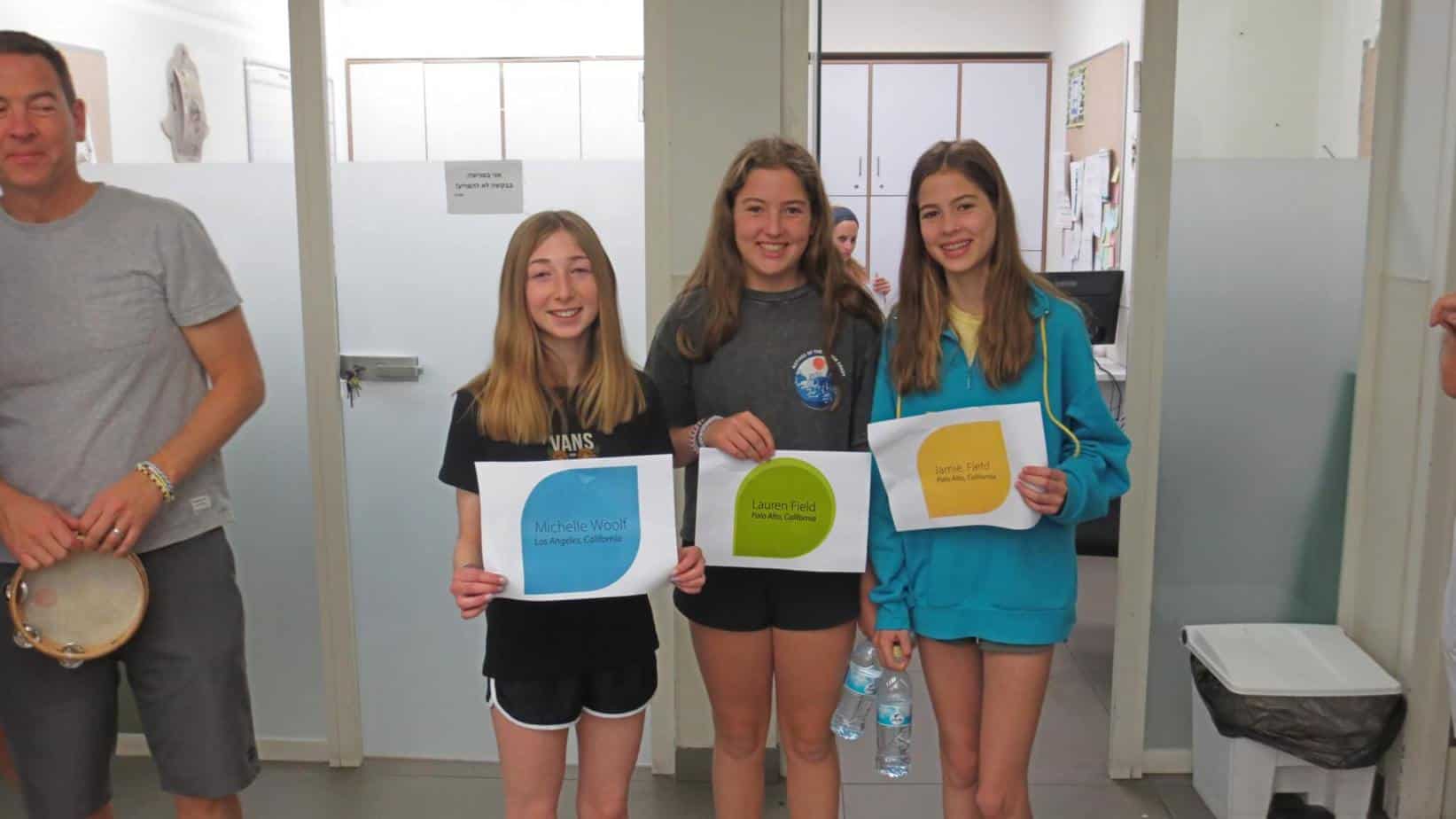 Ryanna Wolf set the trend in March 2016, when she opted to elevate her Bat Mitzvah to the next level by celebrating her special day in Jerusalem with the children of ADI.

Carter Field, Ryanna’s cousin, followed the lead. He chose to infuse his own special day with a new significance by travelling to Jerusalem to mark his Bar Mitzvah in June 2017, with his ADI twin, Daniel.

Now, exactly two years later, the family trADItion continued in triplicate when twin sisters Lauren and Jamie Field and cousin Michelle Woolf made their way from California to Jerusalem to celebrate their coming of age with the children of ADI.

By now long-time friends of ADI, the Field and Woolf families were warmly received by staff, students and volunteers, all of whom were happy to celebrate the triple Bat Mitzvah in such a meaningful manner. Major General (res.) Doron Almog welcomed the Field and Woolf families with an exceptionally inspirational talk, expounding on the importance of social responsibility towards the most fragile members of society and praising the three Bat Mitzvah girls for facing their societal obligations head-on as they enter this new stage in their own lives.

Shlomit Grayevski, director of ADI Jerusalem, continued along the same lines, citing the importance of acceptance and integration, and the positive effects of such behavior on both the recipients, the students of ADI, and the benefactors, Lauren, Jamie and Michelle, the Bat Mitzvah girls.

The triple celebration continued with all participants making their way to ADI Jerusalem’s 5th floor for an inclusive dance party, filled with special meaning, the echo and significance of which continues to ring all the way from Jerusalem to California.