A twilight performance of the Israeli Philharmonic Orchestra at the ADI Negev-Nahalat Eran rehabilitation village highlighted music’s power of inclusivity, bringing people from all walks of Israeli society together with village residents to enjoy an unprecedented classical music concert in the village’s open-air, accessible amphitheater.

The concert, led by conductor Yoel Levi, was a truly unique sensory experience which included a video collage of ADI residents with severe disabilities playing a variety of musical instruments together with Philharmonic musicians. Projected on a giant screen above the stage, the video collage underscored our shared humanity and responsibility to empower people of all levels of ability.

Two weeks prior to the concert, Israel Philharmonic musicians visited the rehabilitative village to meet with the ADI residents and special education students and introduce them to classical music. The pictures and videos from this poignant encounter were used to develop the multisensory backdrop for the orchestra’s commanding performance. 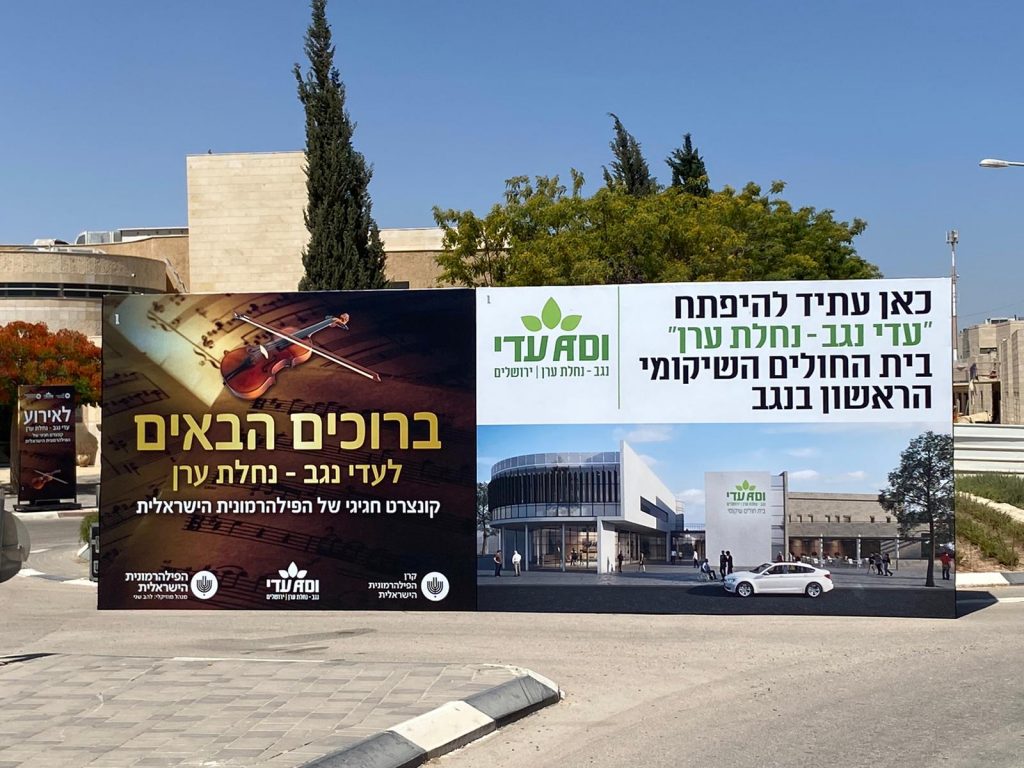 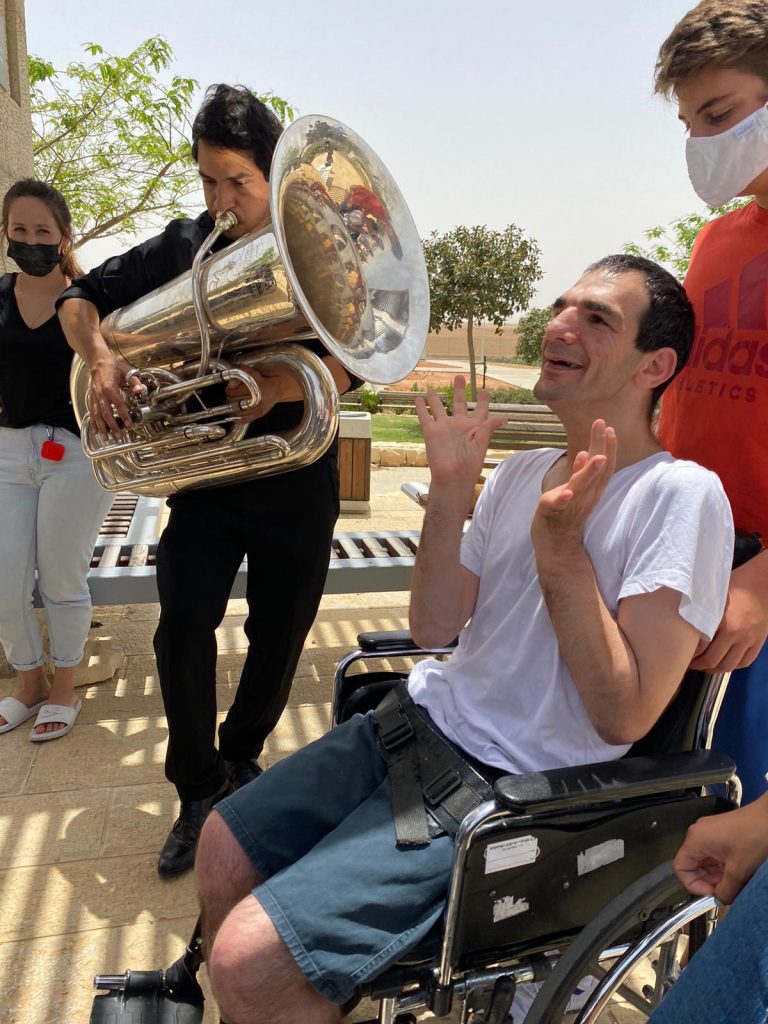 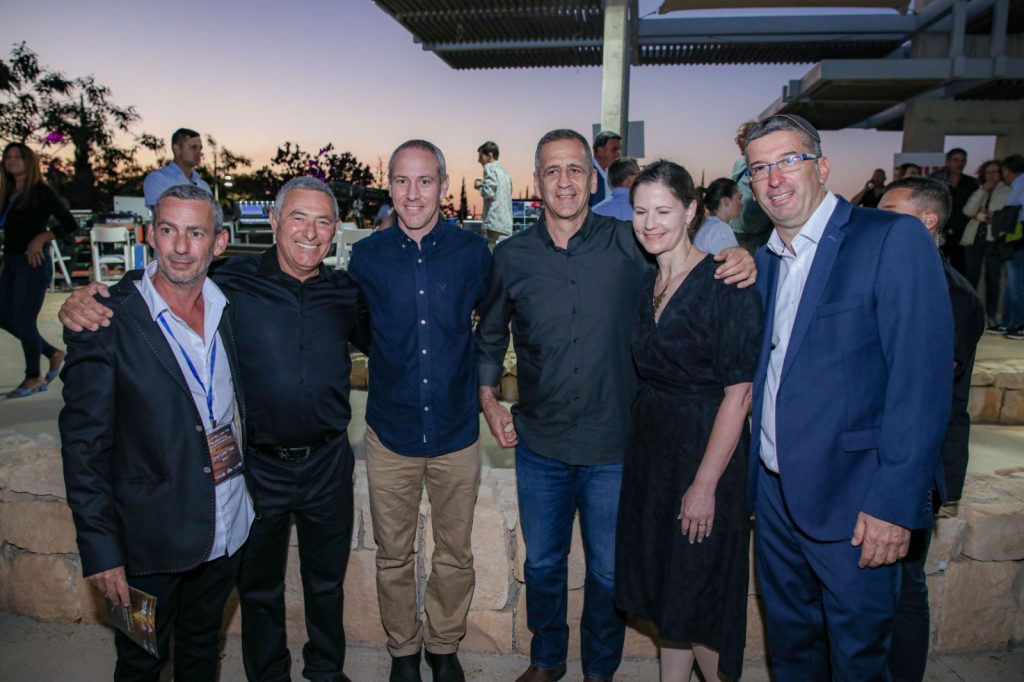 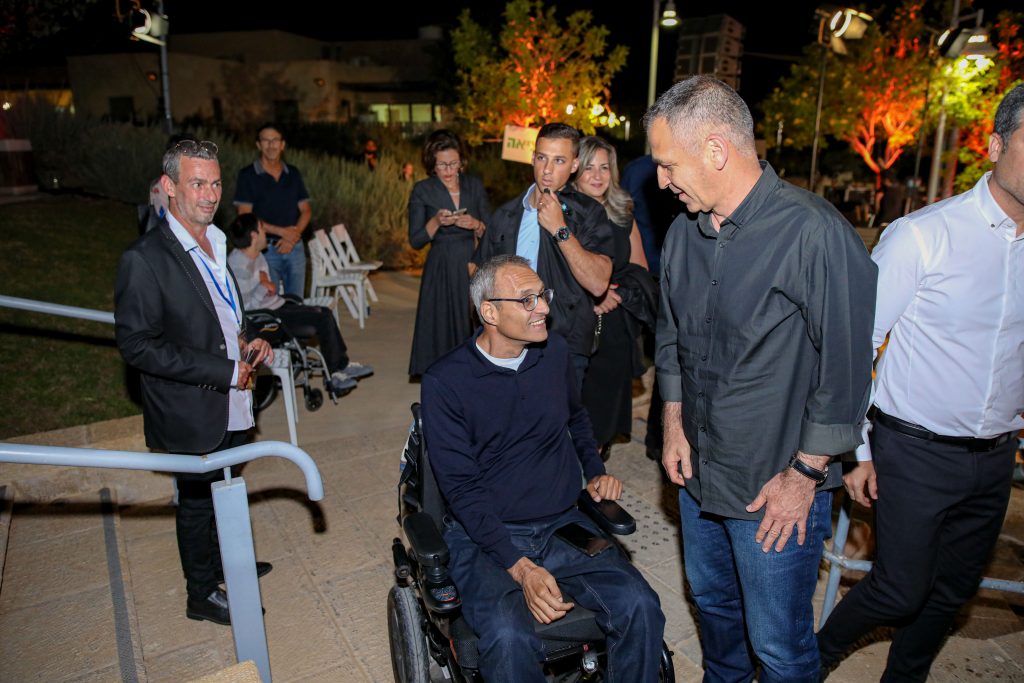 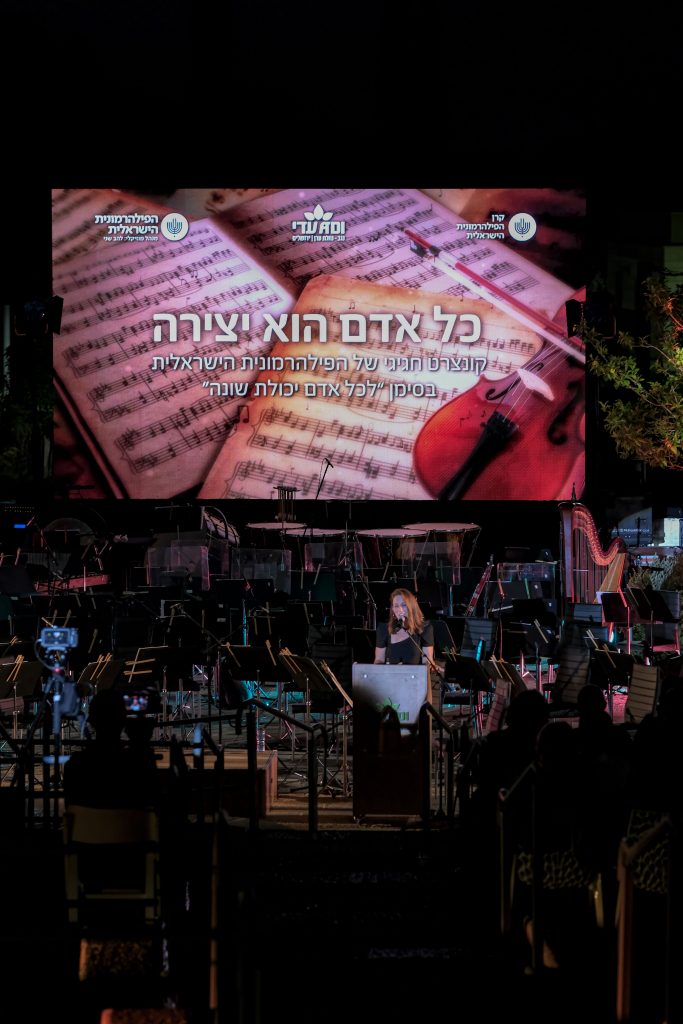 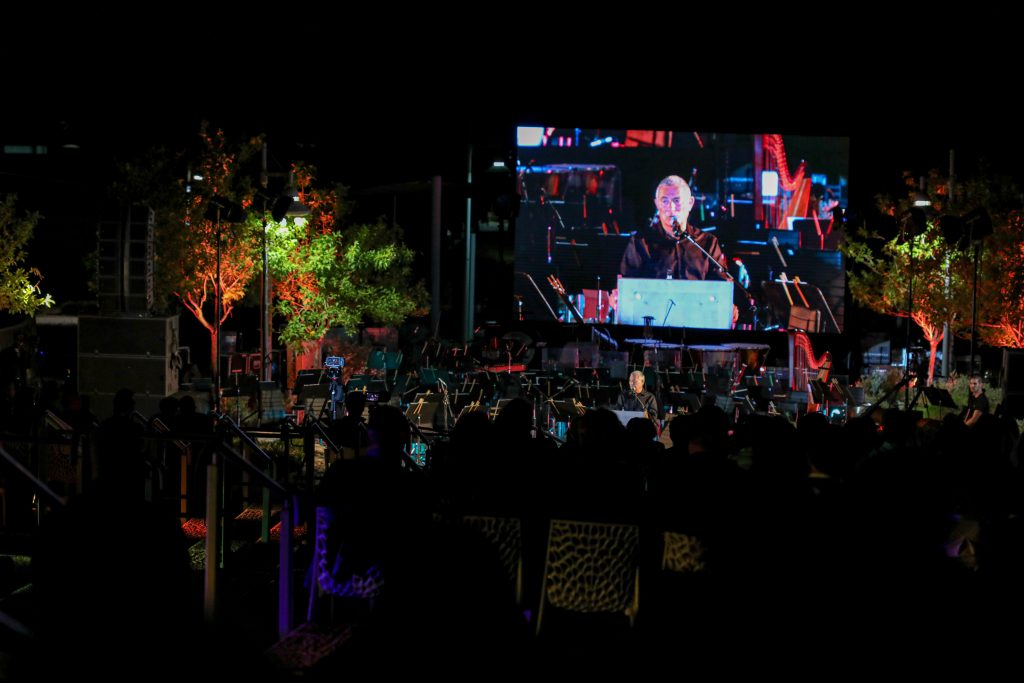 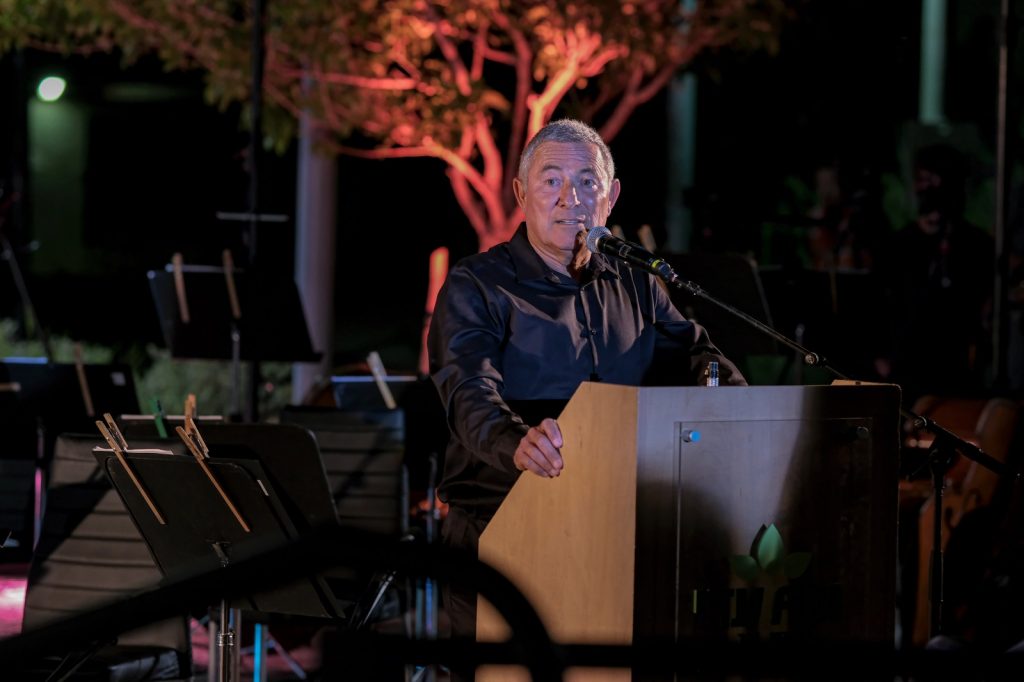 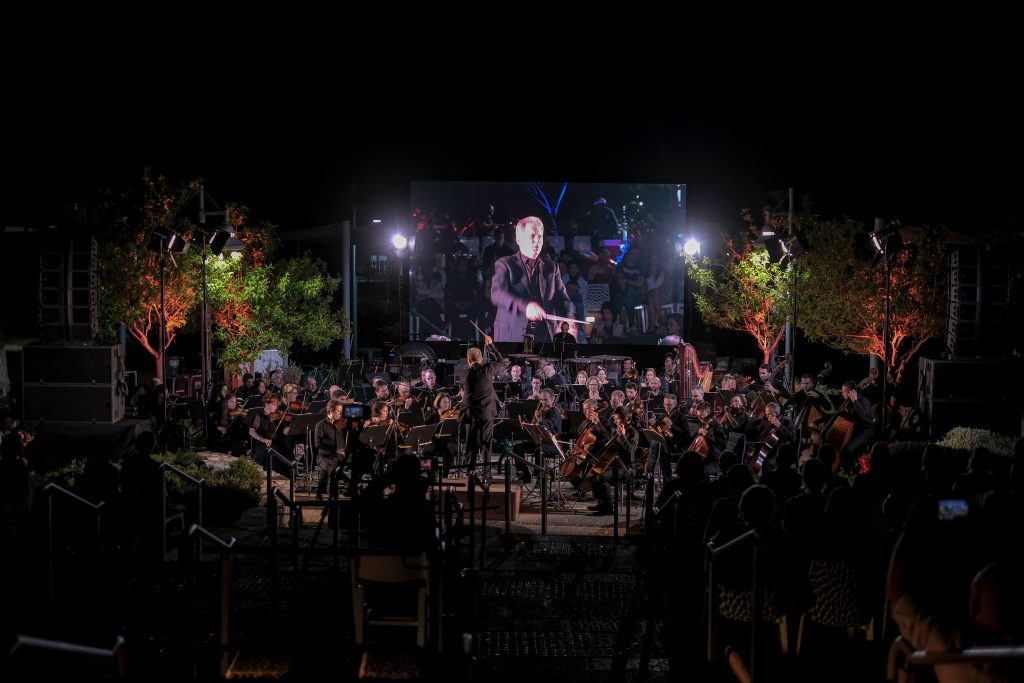 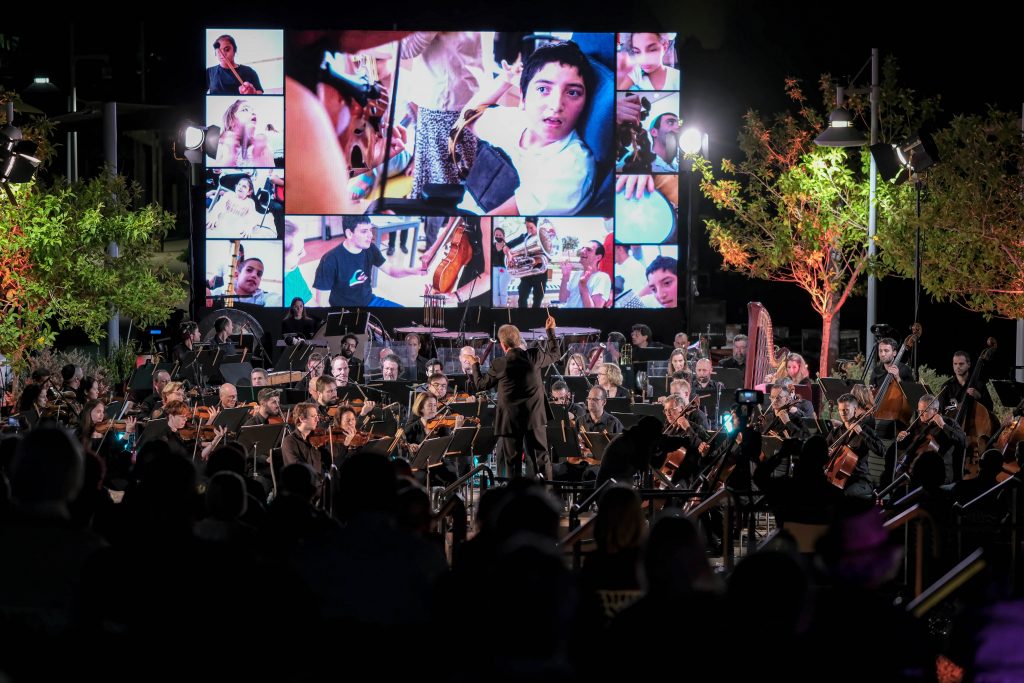 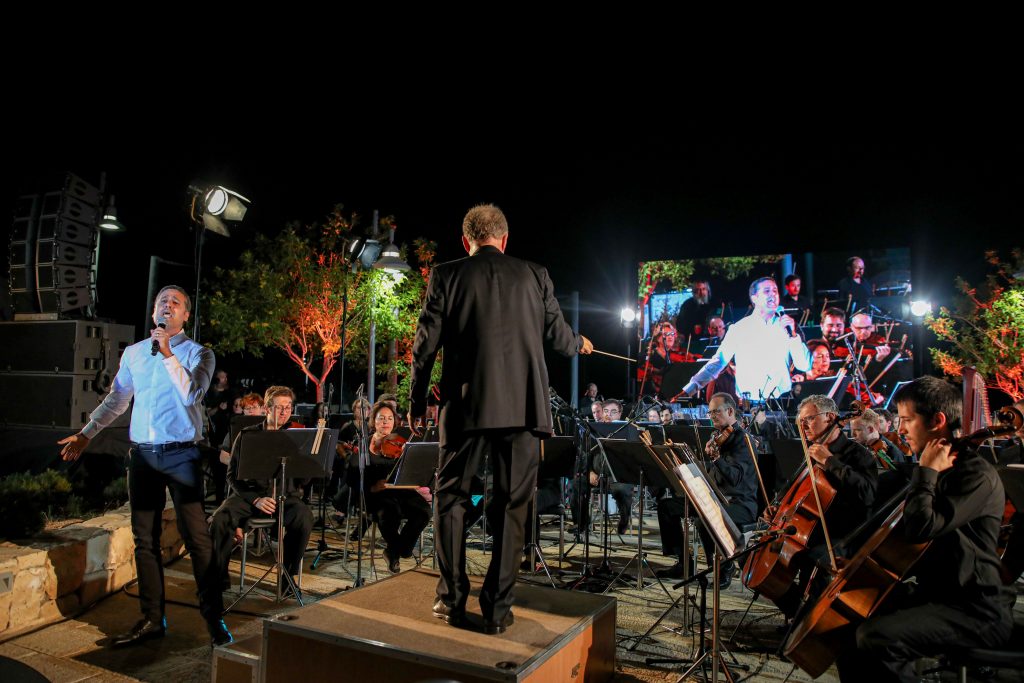 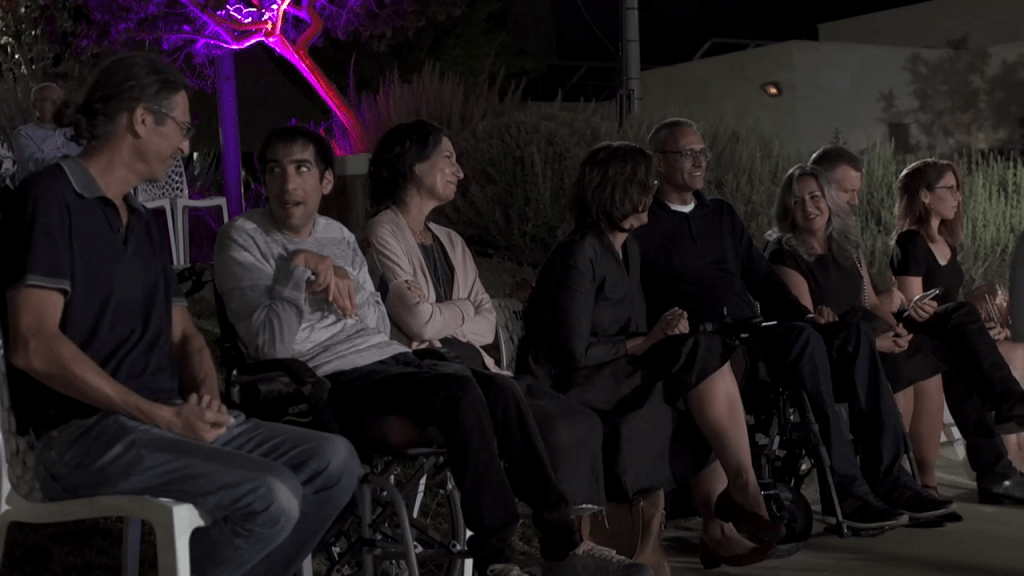 Opening the unique event on June 3, MC Hila Korach observed that “The ADI Negev-Nahalat Eran village has undertaken to provide the highest possible quality of life to people with disabilities through love, care, inclusion and faith in their abilities. Every person entering the gates of this villages leaves a part of themselves at the gate and is transformed into a new entity.”

Prior to the onset of the concert, Major-General (Res.) Doron Almog, founder and chairman of ADI Negev-Nahalat Eran addressed the 400 guests, emphasizing that his son Eran for whom the village is named, “influences everything that goes on here. He influences all of us as he continues to teach us. . . The music played by the Philharmonic will communicate the voices of Eran’s friends, those who cannot speak for themselves.”

Upon conclusion of the Philharmonic’s classical music presentation, singer Tal Sundak took to the stage, engaging the audience with well-known Israeli songs.

The meaningful performance also celebrated the opening of ADI’s Neuro-Orthopedic Rehabilitative Hospital in the Negev, the first of its kind in Israel’s south. Thanks to the support of JNF-USA, multiple government ministries and international donors, the hospital, which is set for completion later this year, will increase the number of Israel’s rehabilitative hospital beds dramatically, bring quality care to the residents of the south, create more housing and jobs in the Negev, and change the face of rehabilitative care in Israel and beyond through state-of-the-art translational research.

On Sunday, June 20, an enhanced program, including the full Israel Philharmonic concert and a behind-the-scenes look at the new hospital, will be broadcast to ADI’s friends and supporters around the globe.  Free tickets for the International Broadcast can be secured by registering here. ADI (formerly ALEH Jerusalem and ALEH Negev-Nahalat Eran) is no longer associated with the ALEH network in any way.  All donations for ADI Jerusalem and ADI Negev-Nahalat Eran should be made via channels explicitly bearing the ‘ADI’ name, including this website and our “Friends of ADI” offices in the US, Canada, and numerous other locations around the world.
“Mirror, mirror, I’m so pretty, The fairest on