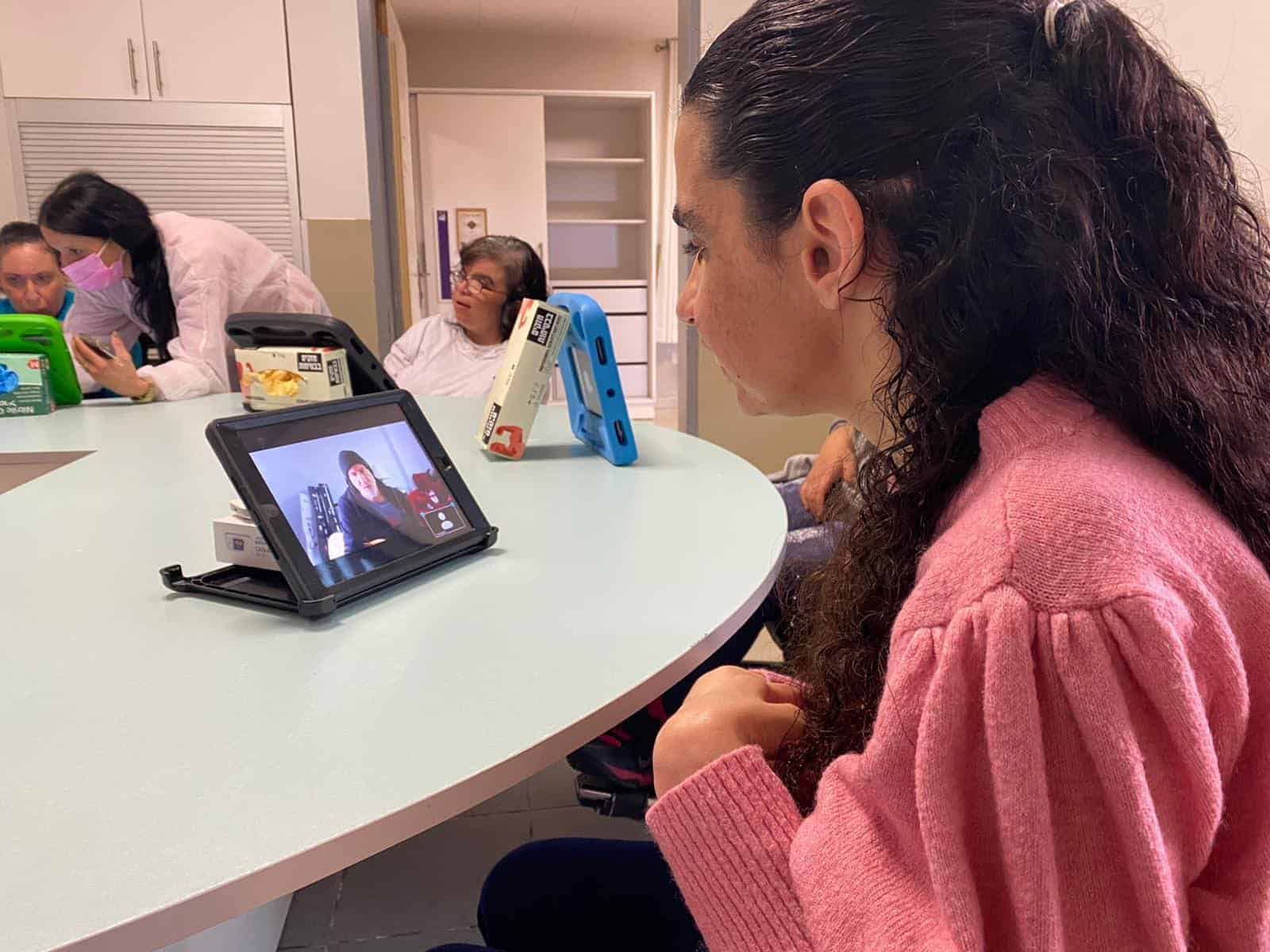 Singer-songwriter Peter Himmelman has been enlightening and empowering people of all backgrounds and abilities through music for decades.  In addition to releasing more than 30 rock, folk and blues albums and composing brilliant scores for hit TV shows like ER, Judging Amy, Bones, and Miami Vice, Peter shares his musical talents with large corporations, nonprofit organizations and individuals to help them unlock their creative potentials.

After an ADI Facebook post caught his eye, Peter, a longtime supporter of ADI Negev-Nahalat Eran, offered to run musical workshops for the rehabilitative village’s residents and dedicated international volunteers.  Having worked with people from around the world who spoke multiple languages, as well as individuals with disabilities who could not speak at all, Peter understood that music is often able to create a connection where other methods might fail, circumventing the brain and speaking straight to the heart.  When Peter ran his virtual workshops for ADI Negev-Nahalat Eran, one for 15 international volunteers currently working at the village, and a second for six young women (ranging in age from 16 to 30) who live together in one of the residential houses, it was clear that he was speaking straight to their hearts. 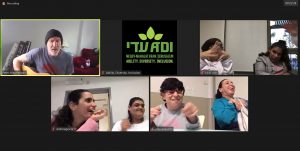 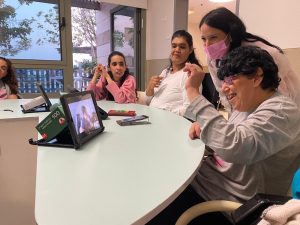 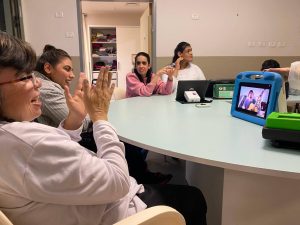 At the end of December, Peter connected with the international volunteer from his home studio in New York, running a songwriting workshop that lifted their spirits and heightened their creativity.  In under an hour, the workshop brought the volunteers together on a whole new level, helping them forge an even stronger bond through music, the true universal language.  Having explored their own creative potentials, the volunteers returned to the holy task of helping the ADI Negev-Nahalat Eran residents reach their greatest potentials – with a skip in their step and a song in their hearts.

One week later, at the beginning of January, Peter turned his attention to the residents, serenading them and improvising original songs about each one as he learned their names.  The residents swayed to the serene sounds of Peter’s sultry voice, bounced to the buoyant tunes, and cheered with excitement when they heard their names set to music.  For 45 minutes, there was no language barrier or disabilities – just people cheerfully connecting through music.  When the workshop came to an end, the residents and their caretakers, still smiling from ear to ear, thanked Peter for an experience they will never forget.  “You’re my friend,” said one of the residents with great sincerity, “I love you.” 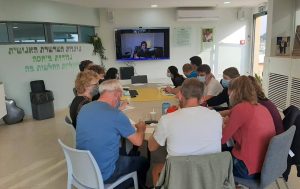 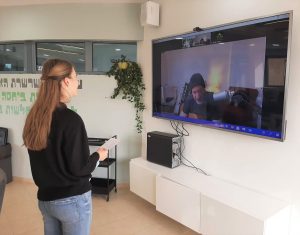 We are so grateful to Peter for taking the time to share his wonderful gift with our ADI family, using music to help our residents draw out their latent potentials and giving our international volunteers the boost they needed to continue shielding the most vulnerable members of society from infection.  We are inspired by your talent, and moved by your warmth and generosity.  Thank you, Peter!