As an IDF pilot, Noam was wounded in a helicopter collision during the 2006 Lebanon War, fracturing numerous bones and sustaining substantial injuries to his limbs. After long-term medical rehabilitation, Naom joined the Beit Halochem Sport Center for Veterans with Disabilities in Tel Aviv where he began playing wheelchair tennis.

By 2010, Noam was winning international tournaments, playing and winning in the Czech Republic, Belgium, Australia, Japan, France and more. In 2012, Noam won a gold medal in Quad Singles and a shared bronze medal in the Summer Paralympics and was called upon to bear the flag for Israel in the closing ceremony.

As he toured ADI Negev-Nahalat Eran, Noam was duly impressed with the multitude of rehabilitation services and opportunities offered at the village, including the Neuro-Orthopedic Rehabilitation Hospital presently under construction.

A champion of inclusion and integration, Noam spreads encouragement and motivation wherever he goes, inspiring people in the process of rehabilitation to reach for gold. 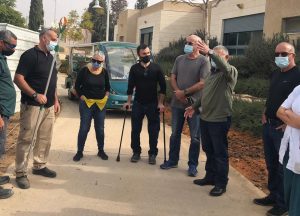 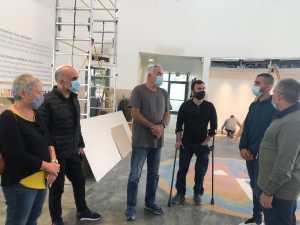