Special switches enabled students to activate vocal output devices, playing prerecorded text as pictures were displayed on screen. Memorial candles were lit using accessibility switches, and the flag was lowered by an ADI resident using yet another form of accessible control lever.

Shlomit Grayevski commented that, “Holocaust Remembrance Day underscores our responsibility as human beings to look the hard truth straight in the eye, come to terms and give of ourselves to others as equals among equals in order to live in a more just world.” 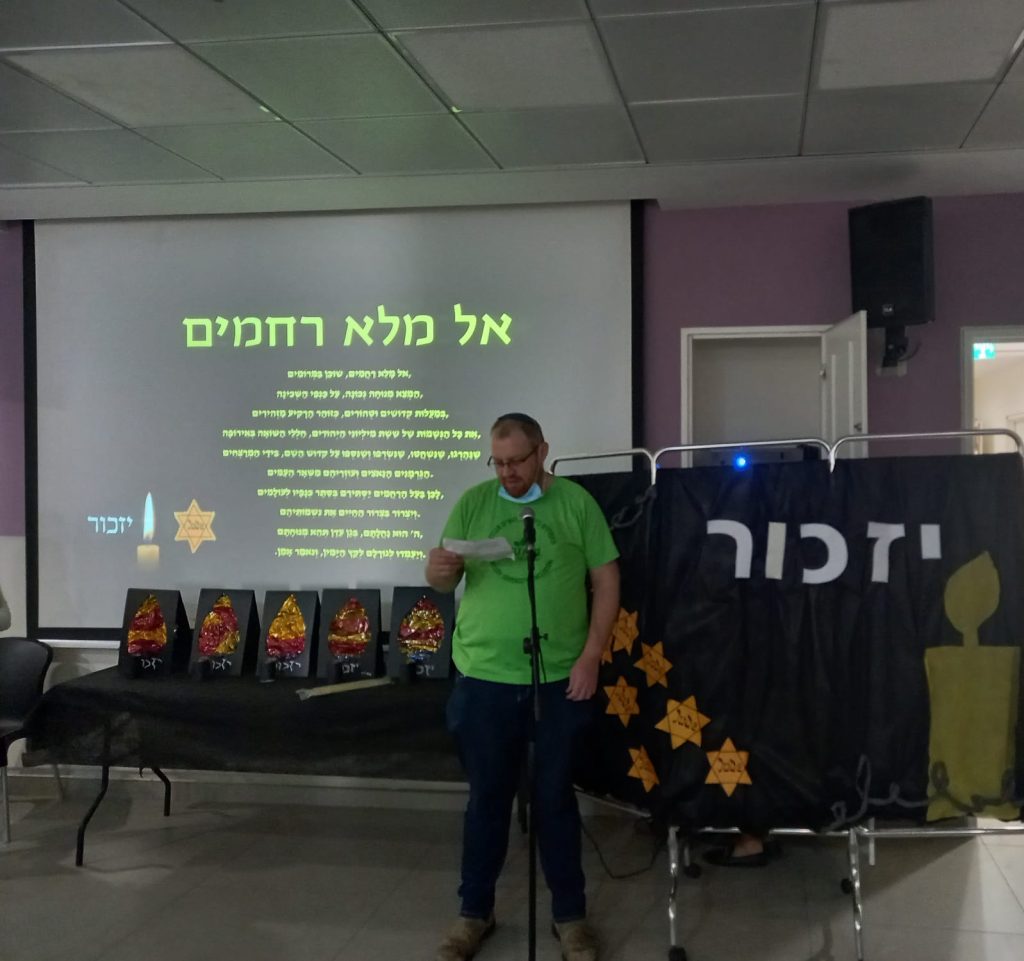 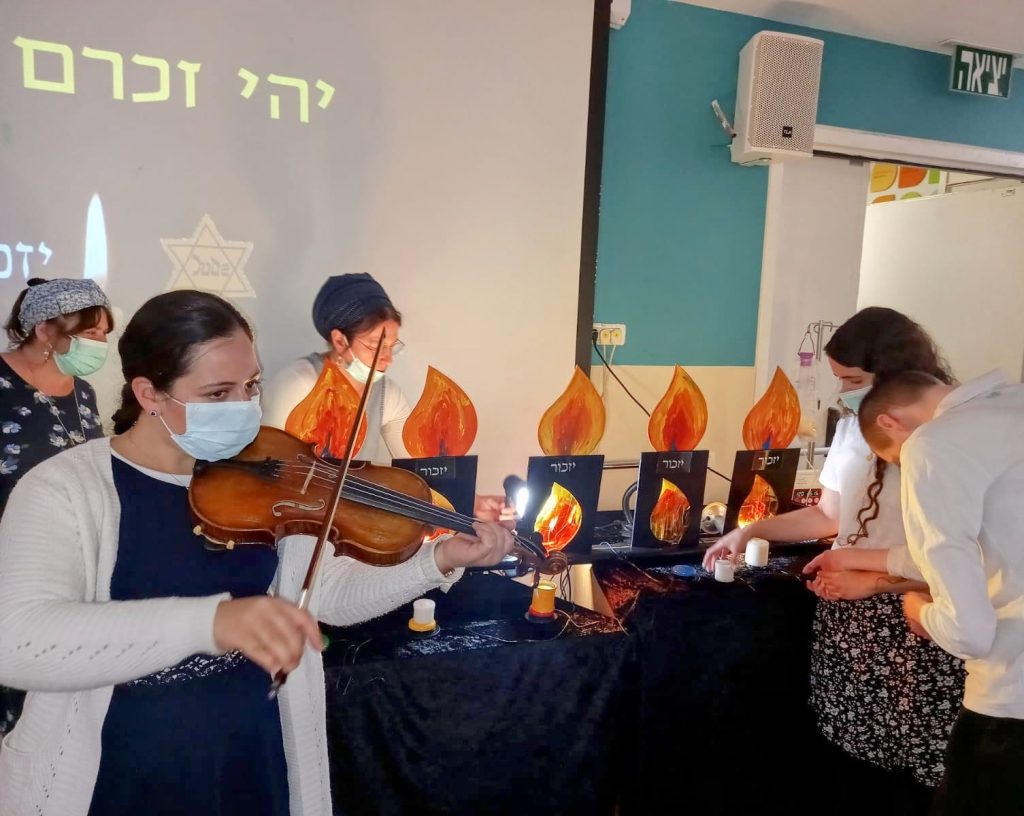 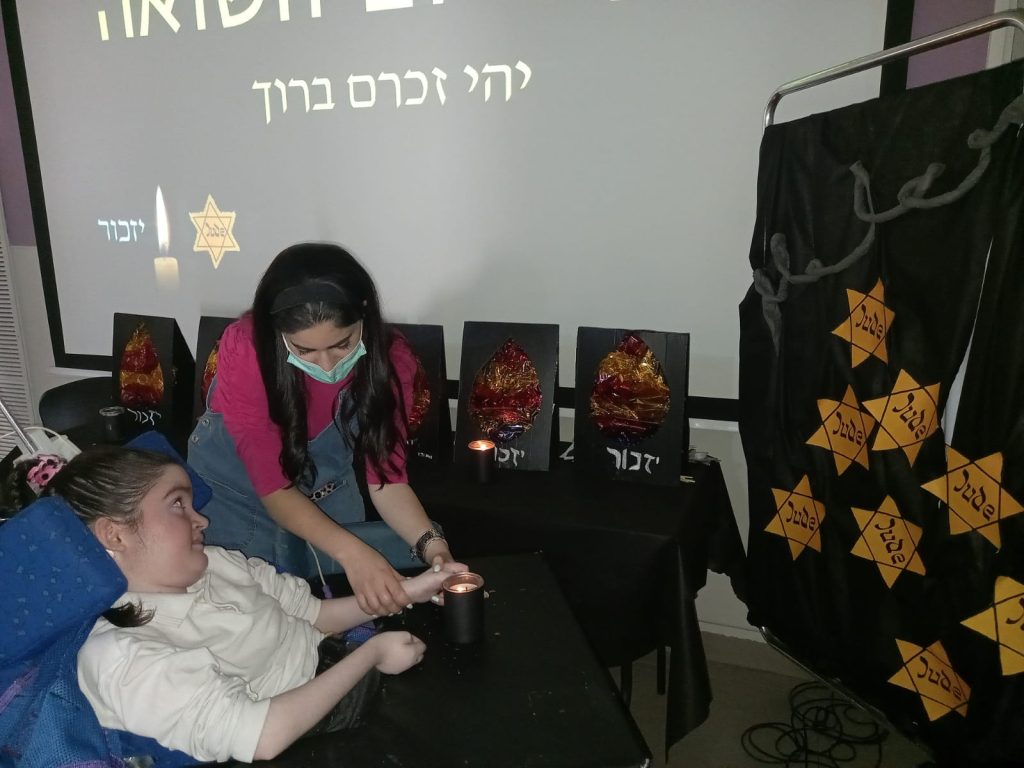 Noting the significance of Tikkun Olam (literally, Repairing the World) as a central concept in the mandate of all ADI centers, agricultural therapy caregiver Racheli Neubauer emphasized the extreme contrast between the way people with disabilities were viewed and treated in Nazi Germany and the way in which they are accepted, acknowledged and loved at ADI.