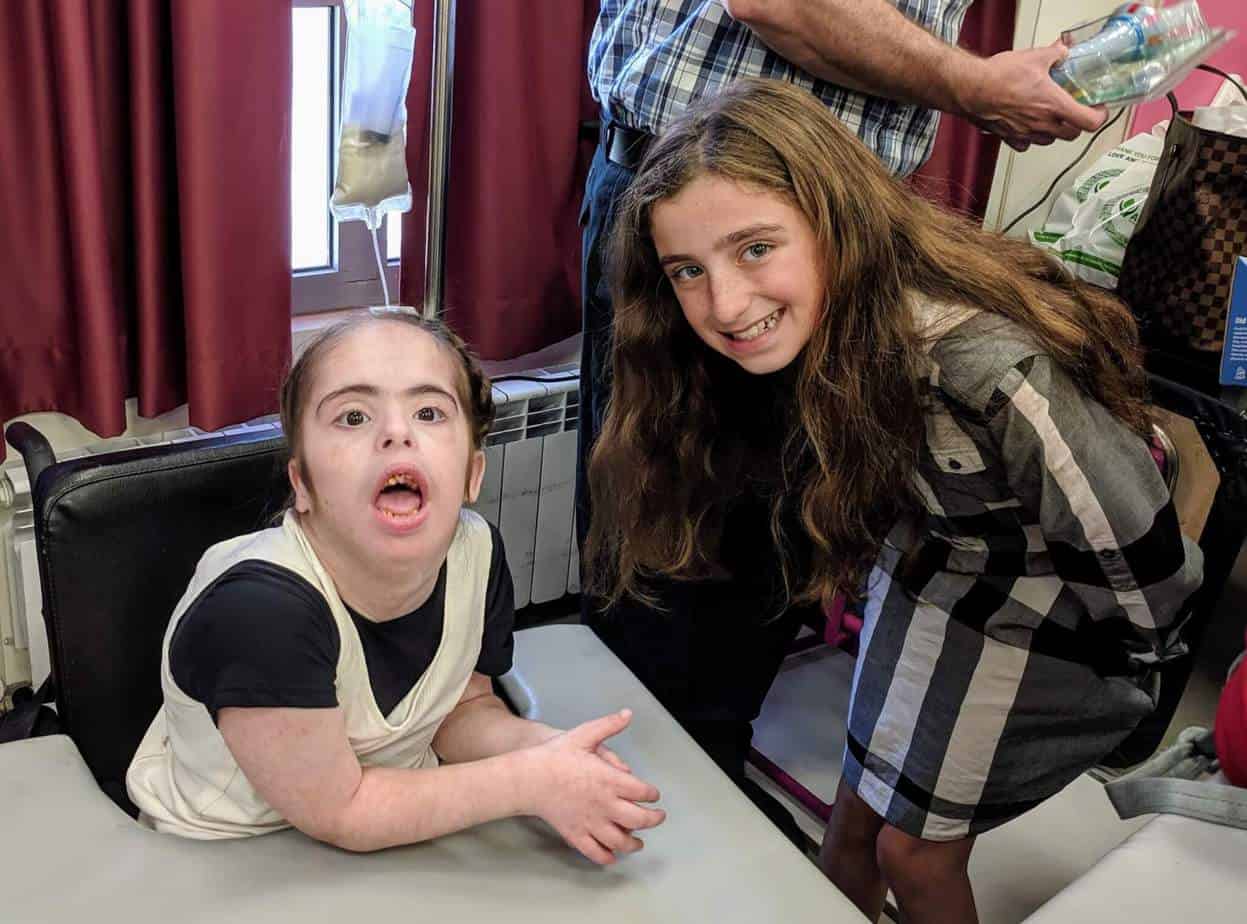 ADI’s residential and rehabilitative center in Jerusalem hosted the beautiful Twinning Bat Mitzvah celebration of Sedona Cohen from Gladwyne, Pennsylvania, and ADI resident Uriah Shayna. Following in the footsteps of her wonderful grandparents, longtime ADI supporters Marcia and Philip Cohen, Sedona decided to take her Bat Mitzvah to the next level by sharing her special day with her “Bat Mitzvah Twin” and raising money to purchase a special electric wheelchair that Uriah can control on her own, enhancing her independence dramatically.

To kick off the festivities, Sedona, her amazing parents, Ruthi and Ben , her sister, Eve, and her grandmother were ushered into one of ADI’s special education classrooms, where she met Uriah for the first time. Sedona and Uriah clicked immediately and were inseparable for the rest of the morning’s activities. After the Cohen family showered Uriah and her friends with gifts (toys and games for Uriah’s special education class), Sedona and Uriah learned about the mitzvah of ‘hafrashat challah’ (separating a small portion of dough before baking a batch bread), and invited all of the women present to partake in the mitzvah together with them, to share in their first mitzvah as Jewish adults.

As the loaves of bread were placed into the oven, the celebration continued with an arts and crafts project – painting mezuzah cases – and each member of the Cohen family worked with a different ADI child to make sure that they were included in this fun and creative activity.

Finally, Dov Hirth, ADI’s Coordinator of Marketing, Development and Special Projects, presented Ruthi and Ben with a gift from ADI and Sedona with a plaque and gifts from Uriah and the rest of the ADI family. We are so impressed with Sedona and so grateful for her dedication to Uriah and ADI. Sedona’s favorite saying is “Be kind to one another,” and it’s clear that she is primed to live a life of generosity, compassion and caring.

ADI (formerly ALEH Jerusalem and ALEH Negev-Nahalat Eran) is no longer associated with the ALEH network in any way.  All donations for ADI Jerusalem and ADI Negev-Nahalat Eran should be made via channels explicitly bearing the ‘ADI’ name, including this website and our “Friends of ADI” offices in the US, Canada, and numerous other locations around the world.
❤️🌱♿ PLANTING SEEDS OF UNDERSTANDING: Ear