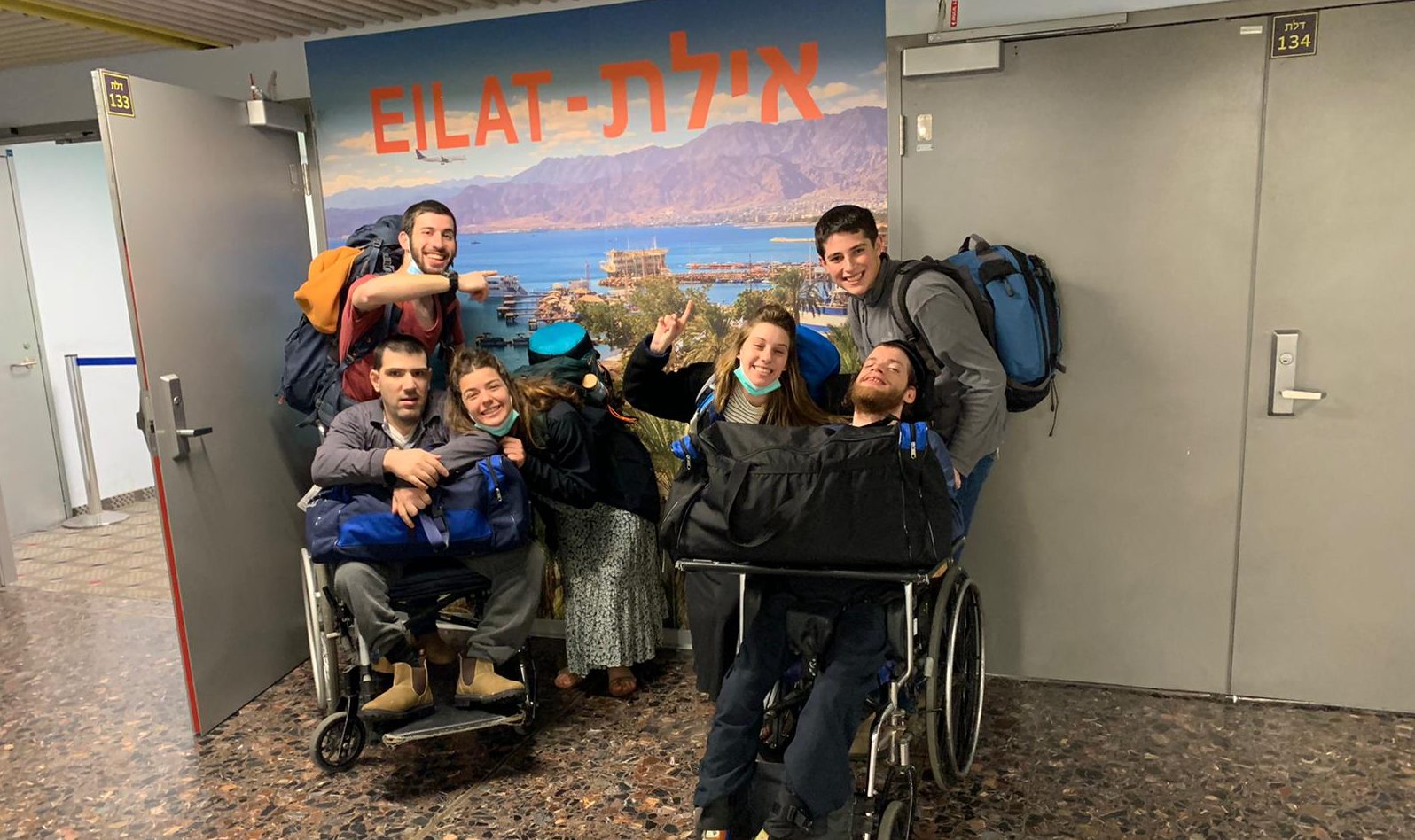 The subject of study in Yanki’s class this year was “Around the World.” As the young adult participants learned about different countries and how people travel to distant locations, Yanki decided he wanted to fly.

If already flying, then why not to Eilat? And if flying to Eilat, why not take a friend? And if taking a friend, why not two days?

So, plans were planned, funds were raised, wheels were set in motion, logistics were organized and on Monday morning at 7 AM the group set off. First stop, the Jerusalem train station and an accessible train straight to Ben Gurion Airport. After breakfast at the airport, a wheelchair accessible car zipped the boys out to the air strip and right up to the plane’s door in time for takeoff. 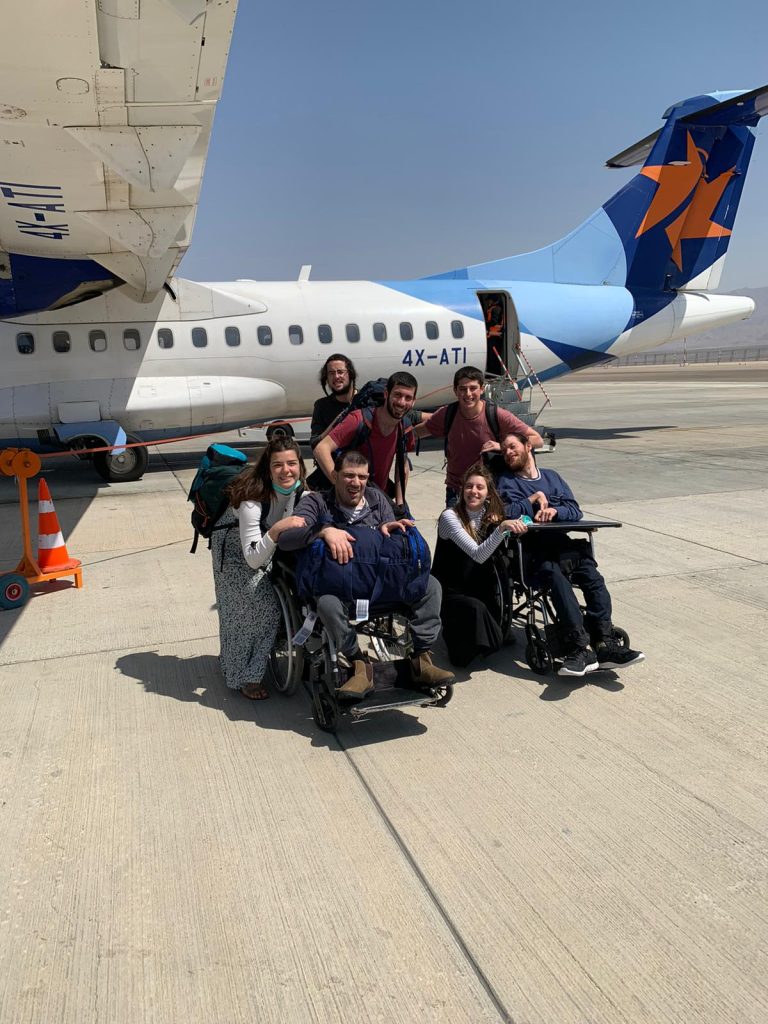 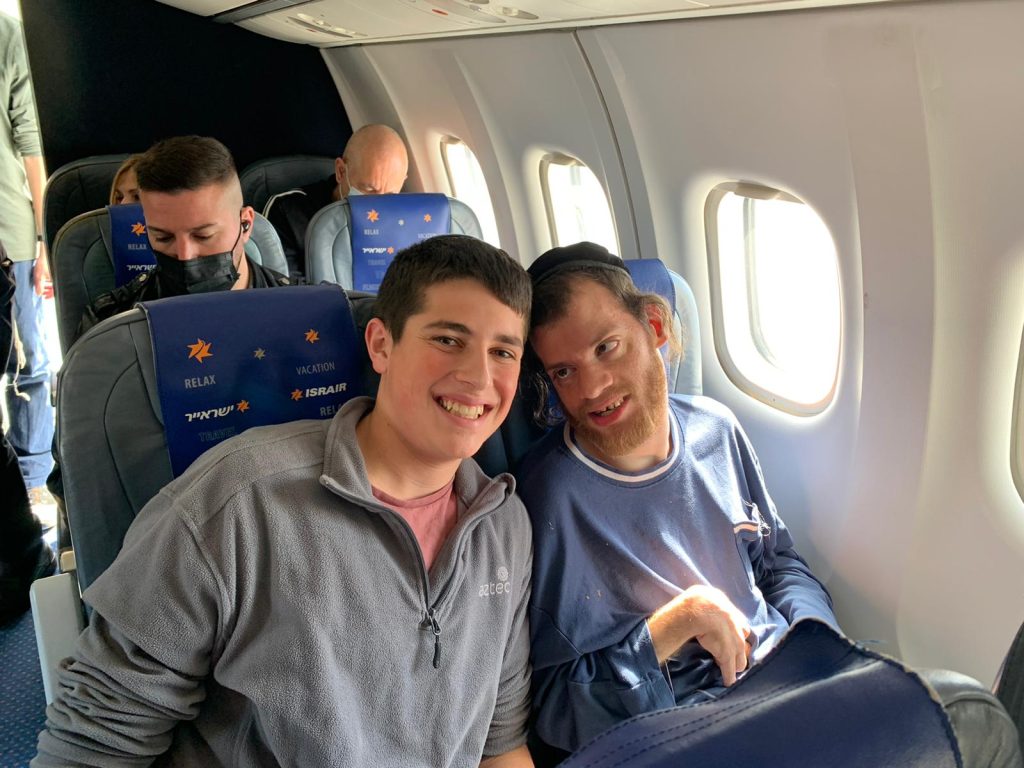 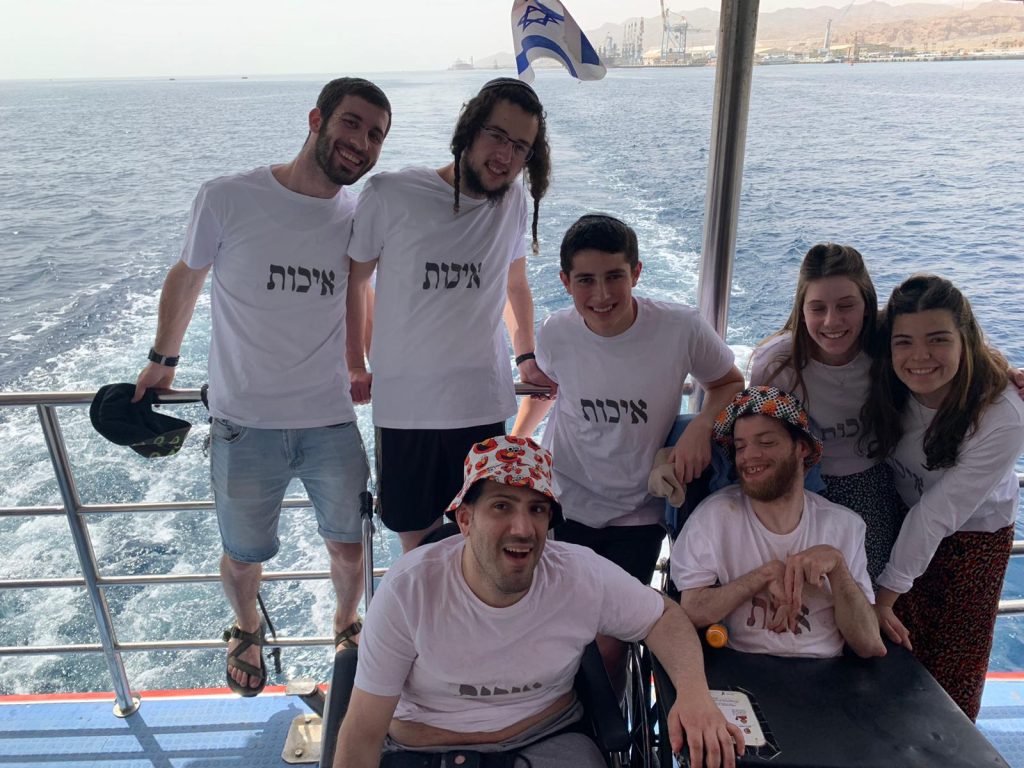 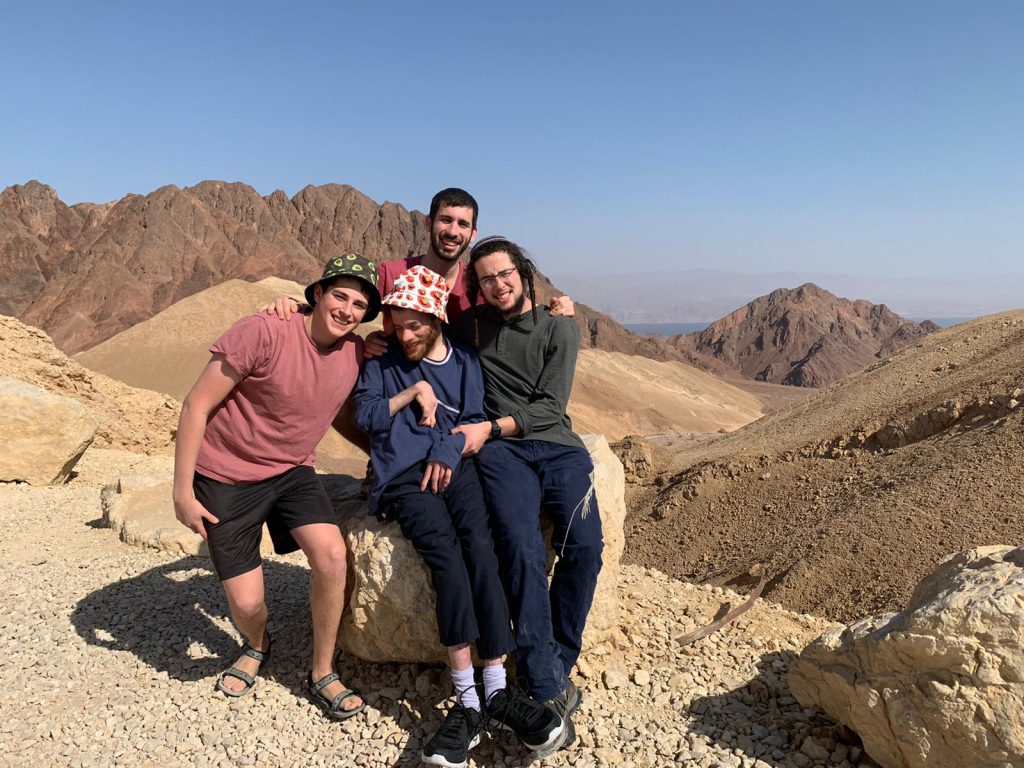 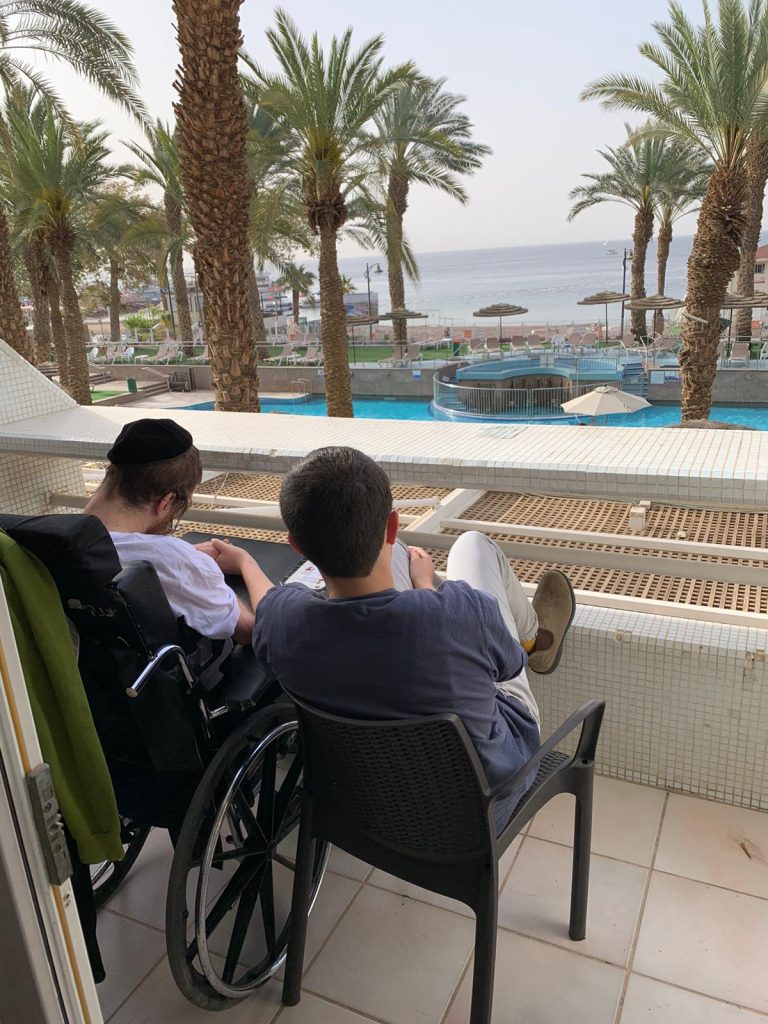 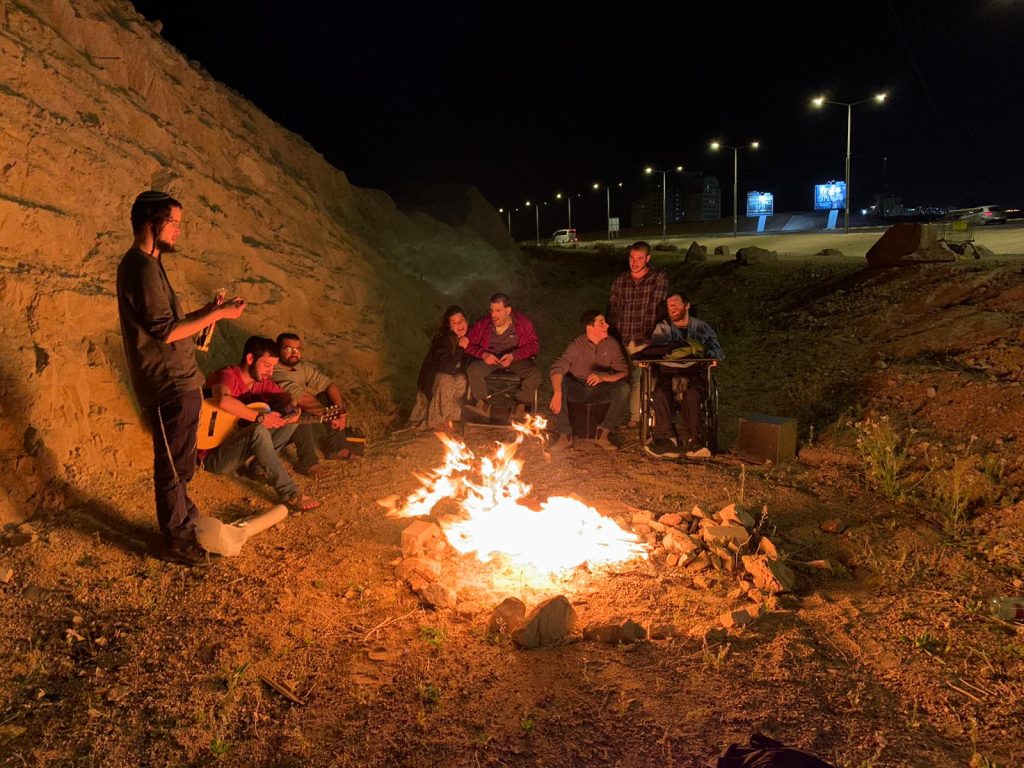 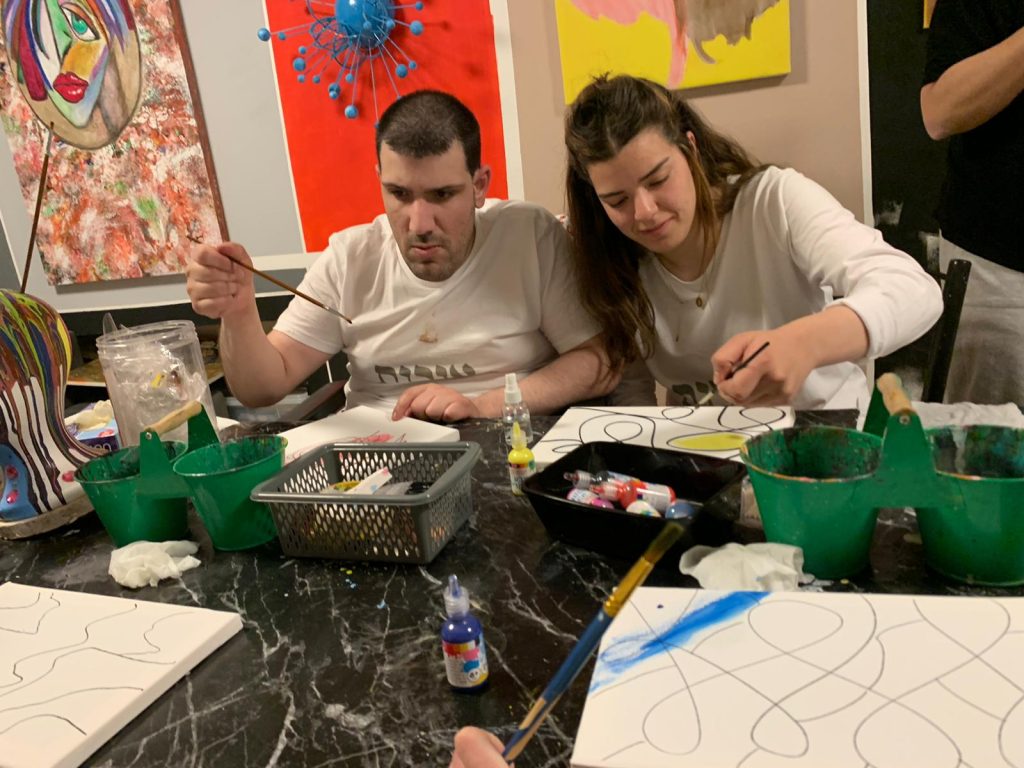 As the wheels of the plane detached from the ground, the sky lit up with the smiles on the faces of Yanki and Tal as they lived their dream.

Landing in Eilat, the group was met by an accessible cab that carried them off to their beachfront hotel. After getting organized at the hotel, an accessible jeep sped the group off to surrounding mountains for a panoramic view of the area, then back to the hotel and off once again, this time to a nighttime campfire for the conclusion of exciting day one.

Day two began with a sumptuous hotel breakfast, after which the group set off for the docks. Boarding a boat for a cruise through the Red Sea, the group enjoyed breathtaking scenery including colorful fish visible through the clear blue water while the boat jumped sea waves, splashing foam over their faces. Once back on dry land, a local artist hosted the Jerusalem group for a private art session  in her Eilat studio, following which they headed back to the airport for a return flight home to Jerusalem.

Two exciting days that will never be forgotten.

A dream vacation made real by our dream volunteers.